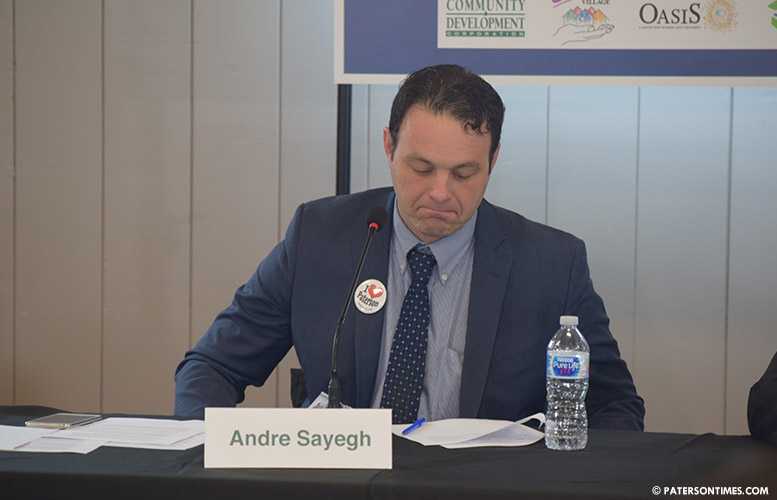 Mayor Andre Sayegh suffered a severe setback after his critics, former council members Shahin Khalique and Alex Mendez, both certain to oppose his agenda, were elected to the City Council.

Sayegh backed former council members Mohammed Akhtaruzzaman against Khalique in the 2nd Ward and William McKoy against Mendez in the 3rd Ward. Akhtaruzzaman lost by 98 votes and McKoy lost by 9 votes. Sayegh aggressively campaigned for both men and sent thousands of dollars to their campaigns.

But both McKoy and Akhtaruzzaman fell short as the last votes were counted on Thursday night. Sayegh, who closely followed the numbers as the ballots were counted, was despondent by the end of the night, according to sources.

Sayegh had five solid votes — Al Abdelaziz, Ruby Cotton, Luis Velez, Gilman Choudhry, and Lilisa Mimms — on the City Council to push through his agenda prior to Thursday night. He is now down to three solid votes on the council.

Khalique is replacing Choudhry and Mendez will fill the vacant 3rd Ward seat.

Mendez is already setting the groundwork for a mayoral run. He faces serious headwinds because of the pending criminal charges against him from the May election. He has denied the allegations and said he is innocent.

Mendez feels Sayegh had a hand in the criminal charges that were filed against him in June.

Khalique and Mendez will join the other Sayegh critics – Michael Jackson and Maritza Davila – on the City Council. Council president Flavio Rivera, who often tries to work with Sayegh, has found himself criticizing and voting down measures championed by the mayor.

Rivera has publicly expressed his displeasure at the mayor and his administration, criticizing them for what he views as their poor management of the municipal government.

Velez has become a solid vote for Sayegh on the council over the past three months. His rhetoric, criticizing the administration, often betrays his support for Sayegh and his agenda.

Mimms, who won a council seat two years ago by sticking close to Sayegh, is viewed as a potential mayoral candidate. Mimms is likely to turn on Sayegh as she explores a possible run for his job in 2022, according to political strategists. She voted against his six-month transition budget in September, but appeared to return to his fold the next week. Sayegh may be able to keep Mimms in his fold by leveraging key Democratic Party leaders. Mimms is easily swayed by phone calls from party leaders, according to political strategists.

Those seeking to oust the mayor in 2022 such as Mimms, Mendez, and Jackson are likely to compete to distinguish themselves by opposing Sayegh.

Sayegh is left with council members Cotton, Abdelaziz, and Velez. But Sayegh’s foes on the City Council are not united. Sayegh’s sole strategy may be to stop his foes from forming a coalition on the City Council to oppose his agenda, according to half-dozen political observers and strategists interviewed for this story. He has had success in doing just that in the past two years.

Sayegh, through a mix of flattery and lunch meetings, managed to coax Davila to support many of his key initiatives for two years. His former business administrator Vaughn McKoy exercised influence over Jackson, securing his support for various proposals, until the two men fell out. If he fails to keep his foes divided, Sayegh could face a possible committee of the whole investigation of his administration’s overtime spending and numerous personnel problems.

Sayegh will still have to abandon some of his questionable giveaways to developers. He will also have to shelf his plan to give large pay increases to his cabinet members. He had hoped to introduce the salary ordinance, giving tens of thousands of dollars in what some have argued undeserved increases, after the November 3 races.

At least one member of his cabinet has threatened to resign without the salary increase, according to sources.