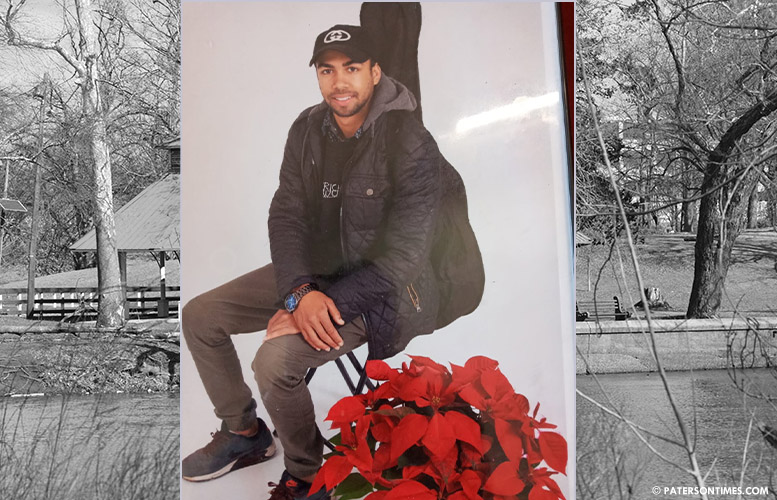 27-year-old Jose Elias Reyes Colon was found murdered on the bank of the Passaic River in Pennington Park almost two months ago. His family is still looking for answers.

“He just left the house and never came back,” said Colon’s younger sister Ana Reyes. “The holidays are coming and we’re very hurt because he is not going to be with us. We miss him. We want justice.”

Reyes said her mother, father, and two other siblings have been devastated and are still trying to make sense of the loss.

Colon left the house at about 2:16 a.m. on Sunday, October 25. He lived on McBride Avenue, few blocks from Pennington Park, she said.

“We don’t know what he was doing in the park,” said Reyes. “Couple of hours, he would come back. Once we saw he didn’t come home, we got worried.”

Police found his body with apparent gunshot wounds, lying on the riverbank, in the park at about 9:37 a.m.

Passaic County chief assistant prosecutor Jason Statuto did not respond to a call for comment.

Law enforcement officials have not announced any arrests linked to the murder.

“We want to know who did this,” said Reyes. She said law enforcement officials asked if Colon or any family members had any enemies that would have reasons to harm him. “No. Nobody,” she said.

When asked if her brother was involved in the streets, Reyes said, “No, he wasn’t at all. That’s why this was a surprise for us.”

“He was a very kind boy. He always smiled at people,” said Reyes of her brother. She said his friends called him “Bachata” for his musical skills. He was always seen with his guitar.

Reyes said the murder shocked the quiet Stoney Road neighborhood. She said her family has lived in the neighborhood for more than a decade.

“It’s pain I don’t wish on anybody,” said Reyes, her voice breaking. She has gone days without eating after the murder, she said. Reyes said police have told the family they continue to investigate the homicide. She is urging people with information about the incident to come forward.

Anyone with information should call the Passaic County Prosecutor’s Office at 1-877-370-PCPO or email [email protected] Or call the Paterson Police Detective Bureau at 973-321-1120.