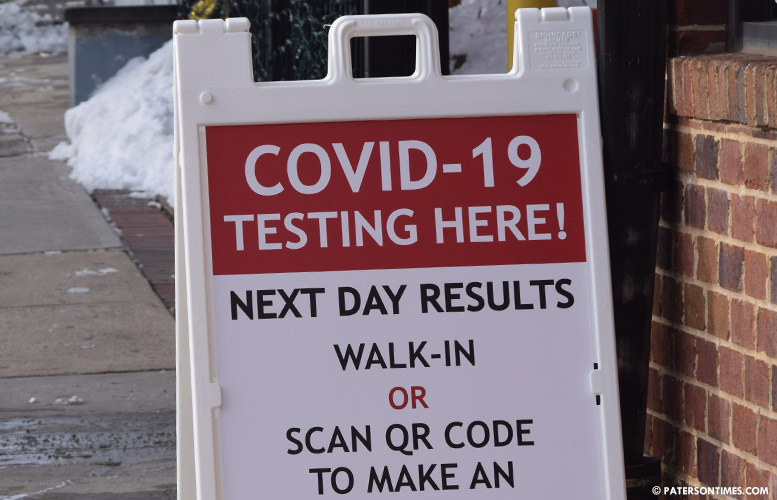 Testing will be reduced from the current six days to two days a week, said officials.

Business administrator Kathleen Long said the coming expiration of the federal Cares Act funds prompted the scaling back of the testing program. She said after this week, the municipal government has to pick up the expenses.

“In a perfect world, we would not be doing so, but we have to be realistic,” Long told the City Council on Tuesday night. “This is not something that we’re able to do across the board without it having a financial impact on the city.”

The city’s mobile testing program is unique for targeting various neighborhoods to increase access to testing for residents.

“Due to a shortfall in funding, I was asked to reduce testing to two days per week. So starting from January 2, 2021 testing will be done twice weekly – Saturday and Wednesday,” said health officer Paul Persaud on Wednesday. “I strongly believe that we need more testing and not less. Paterson is the epicenter for COVID-19 in Passaic County. However more funding is also needed.”

Paterson set a fresh record for daily cases on Monday. 370 people have died of Covid-19 in the city.

“Financially at the moment, we can’t proceed with the six sites that we had,” said Sayegh on Wednesday. “Once the funding sources reemerge, we’re confident that we can schedule the six days again.”

Sayegh said he was faced with two options: eliminate testing altogether or scale it back to two days a week.

Members of the City Council criticized the move to scale back testing as experts predict a surge of new cases.

“If there’s a need for services in the city of Paterson, we can’t just turn it off,” added council president Flavio Rivera.

“We have to be effective with testing. We have to increase the amount of testing in order for us to know what’s going on in our community,” said councilman Alex Mendez. “Stopping and reducing testing is an incredible mistake at this time.”

Sayegh said there are private providers that can provide residents with testing.

“Quite frankly, there are plenty of places where people can get tested in Paterson,” said Sayegh.

But the private providers that Sayegh assembled in May have been the subject of criticism. Some of them provide severely delayed results.

Mendez said in some cases people had to return to the testing sites in-person after a week to demand their results.

Jackson said, without naming any specific provider, their services have been “poor the entire time.”

“How much of a failure do you have to be in order to stop what’s going on?” said Jackson. He appeared to suggest the city should cease sending residents to the non-governmental testing sites that Sayegh has been promoting as Paterson testing sites. “The services that the employees of our health department have been rendering into the community has been second to none.”

The city run mobile testing sites have been the subject of few or no complaints. Residents have said the city’s testing program provides speedy test results, which helps with contact tracing. Delayed results hamper contact tracing and produces anxiety for the patients.

McDermott told council members he will dispatch monitors to the non-governmental testing sites to rectify any problems.

The City Council, which is also the Board of Health, was not consulted before the Sayegh administration decided to scale back testing, said members of the governing body.

“I think we should have a meeting and hear from our health officer,” said councilman Al Abdelaziz, chairman of the health and human services committee.

“We need to find ways,” said Rivera, who is opposed to cutting testing. “We need to prioritize.”