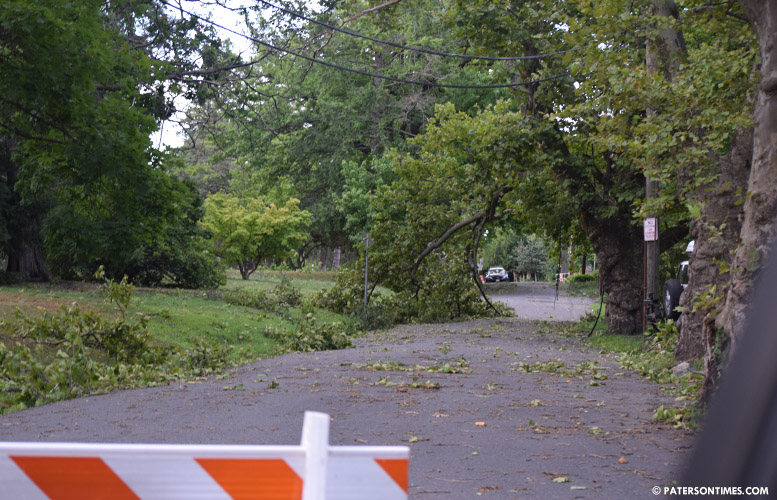 South Plainfield-based Rich Tree Service was awarded a $40,000 contract on Tuesday to provide “tree trimming, pruning and removal services,” according to municipal documents.

Some members of the City Council raised questions about the contract. They questioned the need for the firm given Paterson has an in-house Parks and Shade Tree Division within public works.

Council president Flavio Rivera worried the firm would take on the regular work that should be performed by Parks and Shade Tree.

“We’re giving ourselves another weapon to handle trees in the city,” said Rodriguez January 19.

Rivera felt Rodriguez’s answer was inconsistent with the reason he had given the week before for hiring the company.

“It’s mostly going to be used for when we can’t get PSEG in for power lines and trees that are on power lines,” Rodriguez had said on January 12. He said PSEG used to send someone to Paterson every Thursday to assist in handling trees that were touching power lines. He said the utility no longer has that program.

Councilman Shahin Khalique said the city should not be doing PSEG’s job.

The New Jersey Board of Public Utilities requires PSEG and other utility companies to have vegetation management programs.

“We trim along our electric circuit routes and right of way,” said Lauren Ugorji, a spokeswoman for PSEG. She said the utility’s vegetation management program covers the entirety of its territory every four years. “Any customer in our territory can call up and report a dangerous situation, where a tree, either branches or the tree itself, is on the power line. Anybody can call and we’ll come out and check.”

Municipalities also call the utility for special requests such as during weather events or dangerous conditions. She said in recent history there are no records of PSEG being in Paterson on a weekly basis.

Rivera did not want the city to outsource work the employees should be handling. He asked whether the workers lack equipment.

“We have made every effort to purchase equipment and everything,” said Rivera. He has made it his mission to including large sums of money in the city’s capital budget to procure equipment for public works.

For better part of a decade, each time public works supervisors and directors were caught rendering poor services for residents, their key explanation had been their men and women lack adequate equipment.

“Do we have all the equipment necessary to do this?” asked Rivera

“We do definitely need a stump grinder,” replied Rodriguez. He said an old one that is used now is at the end of its life.

“Let’s give the staff all the tools, all the equipment they need,” said Rivera.

Paterson has not had a tree servicing firm for 10 years, said Rodriguez.

Councilman Al Abdelaziz said it would be prudent to have a servicer on contract for emergencies.

“You need this contract on hold for emergency services,” said Abdelaziz. He said other government entities almost always have a firm on hand.

“There’s a lot of trees here,” said Cotton. She said the 4th Ward has 50 tree stumps that have to be removed.

Mimms said overgrown and dead trees are everywhere in the city. She wanted a citywide assessment to determine the amount of service that is needed to address the situation..

“Getting a private contractor is not always good because if the private company is doing a better job than what our employees are doing that makes us open our eyes a little bit more,” said Abdelaziz.