‘I never thought something like this would happen to me.’ Second teen says he was assaulted by Paterson police officer. | Paterson Times 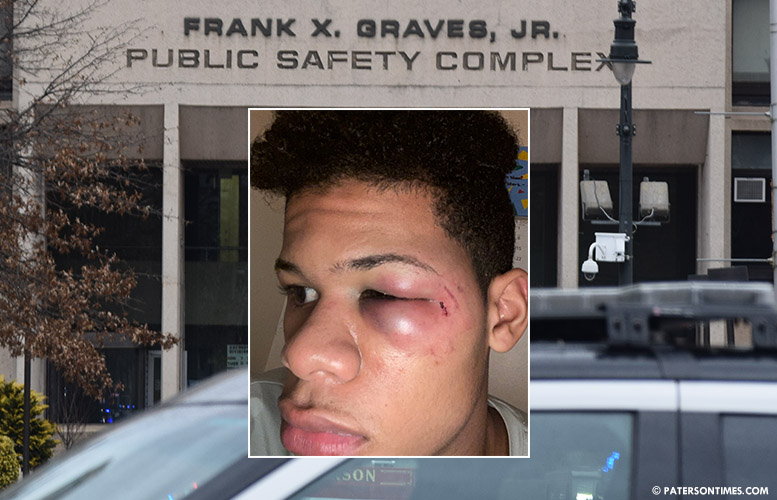 A second teenager on Tuesday afternoon alleged he was viciously attacked by a Paterson police officer in November.

Rosdward Hernandez was walking to Thanksgiving dinner via Main Street on November 26, 2020. He tried to help a homeless person by offering to buy food for them when a policewoman approached him, according to his attorney Stephanie Luzzi.

The unidentified policewoman allegedly cursed at Hernandez and warned him back up was coming, said Luzzi.

“Moments later, officer Kevin Patino arrived on the scene and without any verbal commands or warnings began shoving Rosdward multiple times in the chest. Patino then escalated the confrontation further by throwing Rosdward onto the sidewalk and began punching him at least six times to the left side of his face,” said Luzzi during a virtual news conference on Tuesday afternoon. “Rosdward was beaten so badly that he couldn’t see out of his left eye because it was swollen shot.”

Rosdward was later charged with assaulting a police officer, said Luzzi. She accused Patino of fabricating the charges against her client.

Patino is one of the four officers involved in the December 14, 2020 incident involving Osamah Alsidi. A video of that incident, which shows police officers repeatedly punching Alsidi without provocation, went viral over the weekend prompting the New Jersey Attorney General’s Office to open an investigation into the case.

Hernandez had to be taken to the emergency room after the attack. He continues to suffer from the injuries, said his attorney.

“I never thought something like this would happen to me,” said Hernandez, who was 18 years old when the attack happened. “As I was attacked by the officer, everything changed — it wasn’t the same Rosdward.”

Hernandez is going through therapy as a result of the alleged attack.

“He was the victim of a malicious attack enabled by a police department whose culture is characterized by violence and dishonesty,” said Luzzi.

Public safety director Jerry Speziale did not respond to a call for comment on Tuesday afternoon.

Selaedin Maksut, executive director for Council on American-Islamic Relations (CAIR) in New Jersey, said the alleged attacks on Alsidi and Hernandez were “heinous and gruesome.” He urged authorities to file charges against the officers involved in both incidents.

“I’m disappointed, disgusted, and frustrated that this is still happening. But we are so lucky right now that Osamah and Rosdward are alive and with us today,” said Zellie Thomas, a leader in the Black Lives Matter in Paterson.