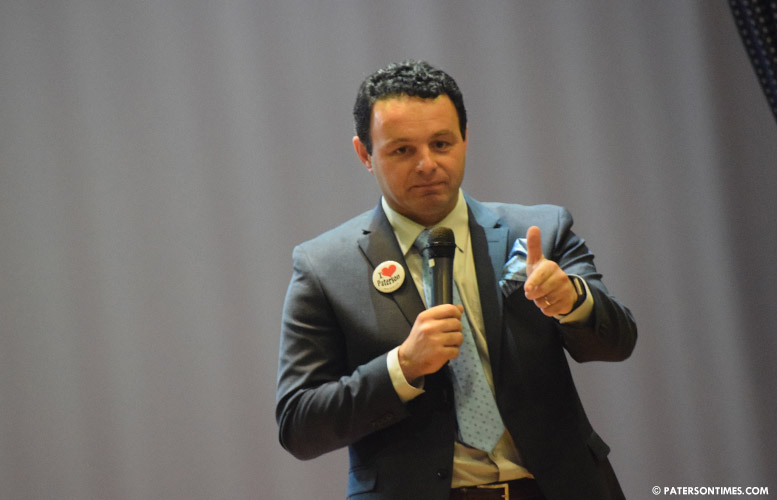 A measure rebuking mayor Andre Sayegh for his numerous failures as the chief executive of the municipal government has been taken off the agenda.

“This vote of no confidence does nothing for the city,” said Rivera. “Me removing this from the agenda by no means mean that I support what the mayor is doing.”

Rivera said the stigma produced by the no-confidence measure would be detrimental to the city. He said a no-confidence vote would further deteriorate the already strained relationship between the mayor and the governing body.

Four members of the City Council presented the measure that identified a series of the mayor’s major blunders over the past two and half years. Among the failures they listed was his “failed” implementation of the sewer reforms that resulted in massive fee increases for property owners and his mishandling of the Covid-19 response.

“All the things stated in the resolution actually hold water,” said Rivera. He has publicly said he had no confidence in the mayor and his staff last month. “I changed my mind on that for now.”

Neither Sayegh nor officials in his administration adequately disputed the long list of failures outlined by the four council members.

Rivera received immediate push back from his colleagues for his uniliteral decision to remove the measure from the agenda and rescue the mayor from the precipice of political disaster.

“Did I not tell you that was going to happen? In my opinion, council members, particularly the council president, probably received a phone call, letting him know that he was not allowed to take such action,” remarked councilman Michael Jackson.

Sayegh ran a behind the scenes campaign, aggressively lobbying council members to shelve the measure, according to sources. He told his confidantes the item would not get to the regular meeting agenda for a vote, according to sources. But it did. Council members on Tuesday night agreed to place the item on the agenda for a vote. Jackson suggest that occurred because Rivera was absent from the meeting.

“It’s very poor leadership ability shown by the council president,” said Jackson of Rivera’s last-minute decision to remove the item from the agenda.

As president Rivera sets the City Council’s agenda. He said he secured a legal opinion that stated he could take any item off the agenda as president.

“I definitely am very disappointed. All the items on the vote-of-no-confidence [measure] are the concerns of the people. People have been suffering and screaming about what’s going on with this administration,” said councilman Alex Mendez, who was not aware the item had been removed from the agenda. He said the council put the item on the agenda for a vote after having discussions in the workshop meeting. “We have a right to vote. They have to give us the right to vote on Tuesday. Either you vote in favor or against.”

The no confidence vote is symbolic and has no practical effect. However, the measure could negatively affect the mayor’s re-election chances and his aspirations for higher office in the future, according to political strategists.

Rivera said the mayor has told him he is “contemplating changes” in his administration. It’s not clear what form those changes will likely take or how soon any potential changes will be made. The mayor’s term runs out in a year and half.

Sayegh did not respond to a call for comment for this story on Friday.

“I hope that this serves as a humbling experience for the mayor,” said Rivera. He said he hopes the mayor will learn to work with council members to address long standing problems in the city.