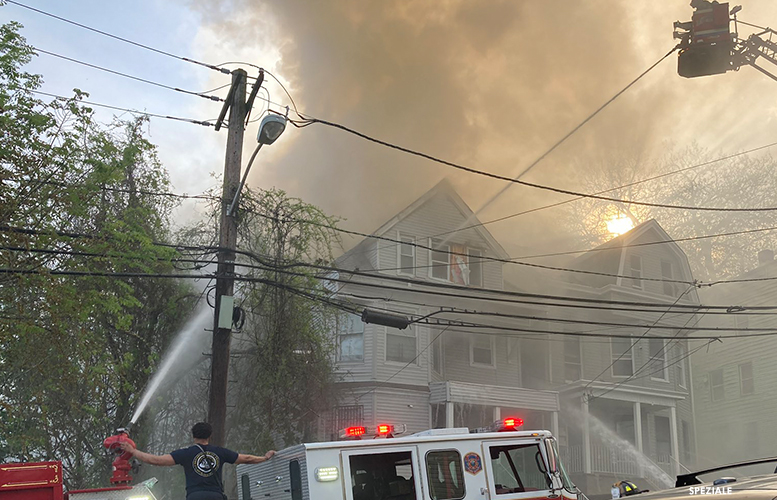 A four-alarm fire displaced 23 people from their Temple Street homes on Sunday afternoon, according to public safety director Jerry Speziale.

Firefighters arrived at 85 Temple Street at 5:06 pm. after a civilian rang the bell at the Northside Firehouse to tell them about the blaze.

Heavy fire was observed in the basement and rear of the structure that was extending into 83 Temple Street and the exterior siding of 89 Temple Street.

Firefighters had all three structures evacuated and launched an offensive operation. Firefighters eventually knocked down the fire.

A firefighter suffered heat exhaustion and was transported to St. Joseph’s Regional Medical Center. A civilian was also transported for possible smoke inhalation. There were no other injuries reported.

Representatives for both fire buildings were at the scene.

Six families totaling 23 people were displaced. The American Red Cross is aiding them with emergency shelter.

“It was a long day for City firefighters but a longer day for those affected by two swift moving fires,” fire chief Brian McDermott said. “Paterson Fire extends their heartfelt concern and care to those affected.”