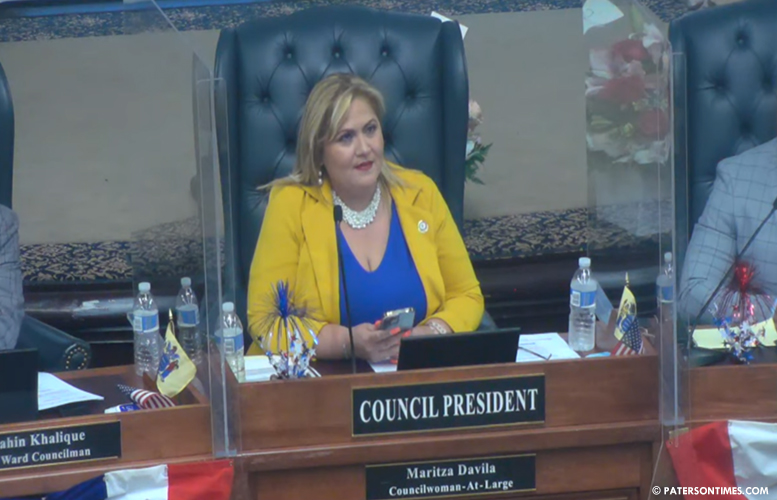 Councilwoman Maritza Davila was picked to serve as the president of the City Council on Thursday.

Davila received the support of all eight of her colleagues for the presidency during the late afternoon reorganization meeting.

“I want to thank my colleagues for giving me the vote of confidence,” said Davila after the vote. She called for “unity” among City Council members. “It’s a new day. It’s going to be a great year.”

Davila served as president twice before.

“Unity should be the theme. I’m not here to fight. I’m here to unite. I want to collaborate with the council,” mayor Andre Sayegh said.

The battle for the presidency was between Davila and councilwoman Lilisa Mimms. Councilwoman Ruby Cotton nominated Mimms, but Mimms, realizing she lacked the votes, declined the nomination.

“We have a lot of work to do. We need to improve the line of communication with the administration,” outgoing president Flavio Rivera said to his colleagues.