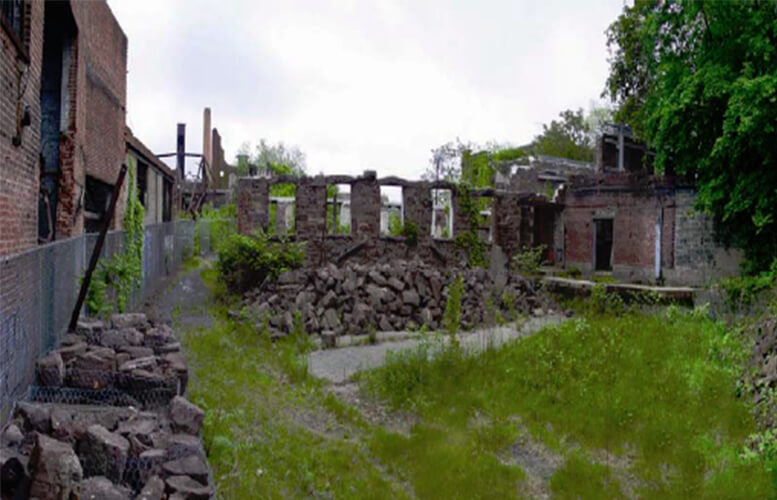 Municipal officials are seeking $500,000 in grant funding from the New Jersey Department of Environmental Protection to stabilize the historic Colt Gun Mill deep inside the Great Falls National Historical Park.

Funds from the Urban Parks Initiative will be used to protect what remains of the Colt Gun Mill and the nearby smokestacks.

Archimedes said the gun mill was constructed in 1836 by Samuel Colt. He made his first revolvers at the gun mill. He was done in 1841. Then John Ryle, the father of the American silk industry, spun the first silk threads in that same building.

It was a four-story brownstone building. It’s now a one-story ruin that is being stabilized at the Allied Textile Printing (ATP) site, said the director.

Officials are working with state and federal environmental protection agencies to remove asbestos, tanks, and other contamination to rehabilitate the site to turn it into an attraction for residents and tourists.

“I don’t think half a million dollars will cover what needs to be done, but at least we can get started,” said councilwoman Ruby Cotton.