Paterson, Passaic City, Clifton still under boil water advisory. When will it be lifted? | Paterson Times 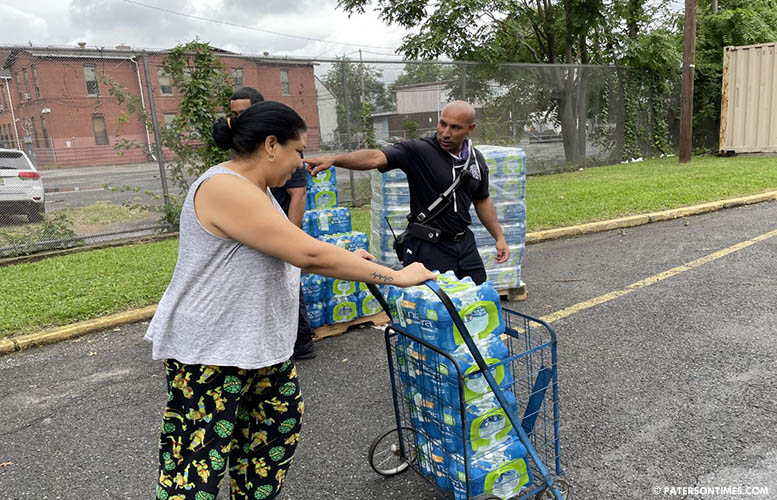 The boiled water advisory for Paterson, Passaic City, and parts of Clifton that was posted a week ago after remnants of Hurricane Ida dumped more than seven inches of rain isn’t expected to be lifted anytime soon.

The New Street Reservoir on Garret Mountain, which stores treated drinking water, was contaminated by the massive runoff from nearby Barbour’s Pond. The Passaic Valley Water Commission issued a boiled water advisory the morning on September 2, warning customers not to drink or cook with the water until boiling it first.

That advisory will remain in effect until the utility can flush the reservoir and ensure safe drinking water. Passaic Valley Water Commission board president Ruby Cotton said Thursday she doesn’t know how long that will take.

A crew repaved the road leading to the New Street dam on Thursday. The reservoir was contaminated by a huge runoff as the remnants of Hurricane Ida dumped more than 7 inches of rain. A boiled water advisory will remain in effect indefinitely.

“I can’t really tell you,” Cotton said. “We are waiting for the DEP [NJ Department of Environmental Protection] to approve our plan.”

Commissioner Joseph Kolodziej said he’s frustrated by what he perceives is poor communication by the Passaic Valley Water Commission in making sure residents know not to drink the water.

“I find the lack of communication completely unacceptable,” Kolodziej said. “As commissioners, we’ve been told to stay out of the way. I think there needs to be better internal and external communications with offices of emergency management and the health departments to let people know the situation.”

The PVWC will hold an emergency meeting via Zoom on Friday at 4 p.m., when more information is expected to be released.

Lou Amodio, the interim executive director, did not respond to a request for comment on Thursday.

New Street Reservoir, where the plan is to construct a line that will pump water into the reservoir to flush it.

More than 300,000 people live in Paterson, Passaic and Clifton, and most of the businesses use tap water as well. Health officials in the three cities say they haven’t received any complaints from people saying they’ve been sickened by the water, but the risk will remain until the PVWC can run enough fresh water into the New Street Reservoir to clean it.

Contractors were at the reservoir on Thursday staging the cleanup operation but have not yet gotten the green light to begin pumping water.

The DEP did not immediately return a phone call seeking a response.

A week into the crisis, it’s not clear whether most people living in Paterson, Passaic and Clifton actually know about the boiled water advisory. All three cities have established distribution sites where residents can pick up cases of bottled water, but the public response has been sketchy at best.

At Eastside High School a team of firefighters handed out water as residents from the neighborhood trickled in. The location is open from 10 a.m. to 6 p.m., and by noon Thursday, firefighters had distributed 135 cases of water.

One resident, Yosemis Baldayac De Lopez came by with a friend, Clara Batista, and picked up four cases of water. Neither had heard about the boiled water advisory.

Batista said she always uses a filter on her tap. “But now, I will boil the water,” she said.

Since September 2, the PVWC has posted on its website a detailed advisory and map of the affected areas – all of Paterson, all of Passaic City, and part of Clifton. The PVWC then left it up to the municipalities to spread the word among their residents.