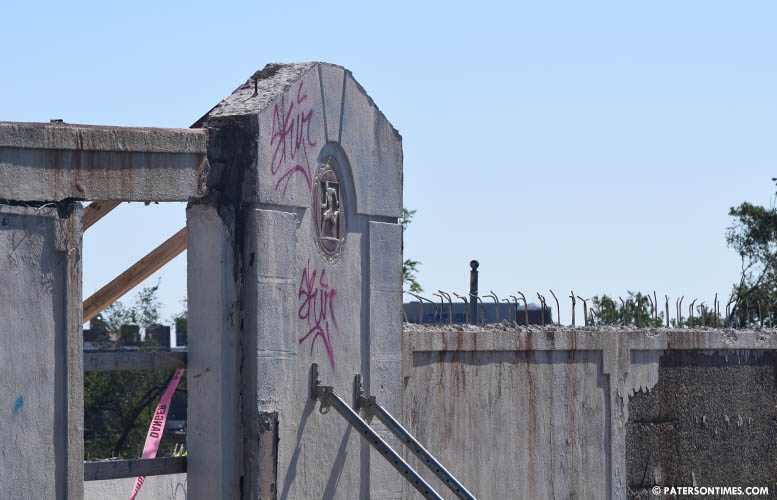 Mayor Andre Sayegh’s administration is spending $700,000 on the second phase of the façade restoration project at the Hinchliffe Stadium.

Second phase covers the restoration of four cast concrete “Hinchliffe Stadium” signs above each entrance and the wall along the Maple Street side.

Previously, the city spent $1.4 million on the first phase of the façade restoration project to restore two rounded corners, replace all wall copings, restore four ticket booths and gated entrance that consisted of terra-cotta tile, ironwork gates, and ticket booth grilles on the Liberty Street side.

Members of the City Council approved a measure allowing the administration to secure bids for the project.

Some council members criticized the Hinchliffe Stadium restoration project by citing lack of residents working at the worksite.

“There’s only three Paterson people working on that project,” said councilman Michael Jackson. “The promise of this project was that it was going to create jobs.”

“We’re just getting started,” responded economic development director Michael Powell. He said 20 percent of the jobs have to be local under the redevelopment agreement.

Sayegh picked private developers to undertake the restoration of the stadium using $94 million in public funding.

Powell told council members the façade restoration portion of the project could not be reassigned to the private developers.

“The Passaic County grant agreement contract cannot be assigned to the city’s stated developer, and the NPS has strongly discouraged the city from requesting to reassign their grant to the city’s developer,” states Powell in a memo.

Powell told council members the $700,000 was reflected in the developers’ capital stack for the project.

Council member approved going out to bid for the project in a 7-1 vote. Jackson was the sole vote against. Shahin Khalique was absent.