Paterson mayor, councilman get into altercation over table at PBA fundraiser | Paterson Times 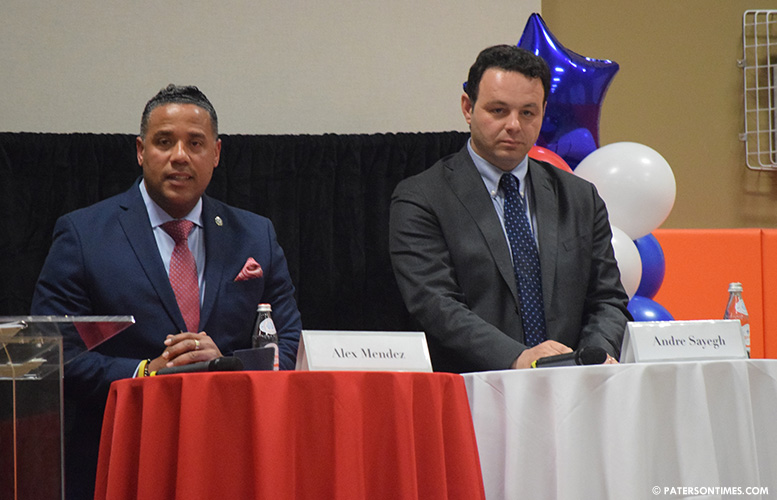 Mayor Andre Sayegh and his archrival councilman Alex Mendez were involved in an altercation over a table at the Paterson Police Benevolent Association (PBA) fundraiser last weekend.

Sources said the altercation occurred at The Grove in Cedar Grove last Saturday. Sayegh and Mendez were among more than 500 people to attend the police fundraiser.

Mendez arrived at and sat at the table. Sayegh told him he had to move. Mendez said he sent his friend Omar Ledesma to double check if he was at the correct table.

Three sources, not associated with either belligerent party, said the episode was embarrassing. One city official walked away as the scene unfolded out of embarrassment.

Sayegh said Mendez used the f-word and the a-word.

Turned out Sayegh was sitting at the wrong table. Sayegh said he was never given a table number. Mendez said the woman, who directed people to their tables, appeared as the dispute unfolded, and told Sayegh he was at table 25.

“You’re loser. You don’t even know where you are sitting. That’s how lost you are,” said Mendez of Sayegh. “He looked like a fool because he had to move to a table on the other side.”

Mendez said the venue was packed and had as many as 700 people last Saturday night.

Mendez and Sayegh battled each other for the mayor’s seat in 2018. Both men are expected to face each other in the 2022 mayoral race.