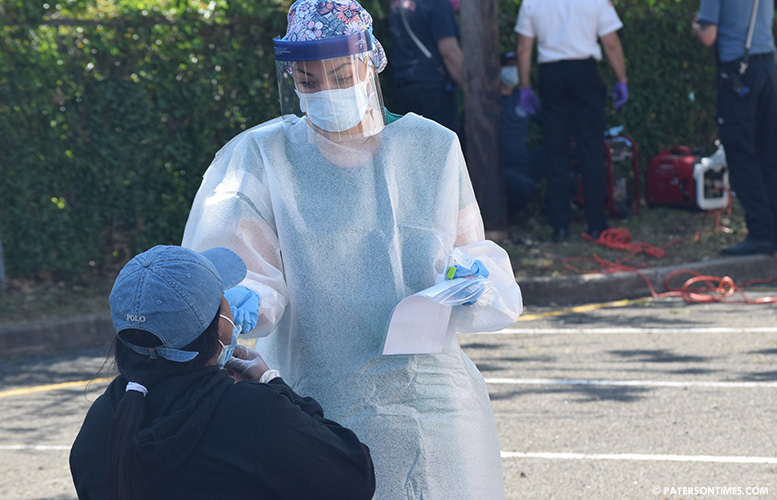 The number of Covid-19 cases in Paterson has set a fresh record on Friday, according to municipal health data.

Paterson reported 806 infections, setting a new record and topping the previous record that was set on Wednesday.

More than 600 people have died from Covid-19 in Paterson since the start pandemic.

Jackson said he tested positive “few weeks” ago. Davila did not respond to a request for comment.

Neither Jackson nor Davila have publicly mentioned their positive tests. Congressman Bill Pascrell tested positive for Covid-19 earlier in the week. Pascrell informed his constituents he had tested positive on Thursday despite receiving all three shots.

Davila held a large birthday party at the Brownstone just before Christmas that was attended by at least 200 people, according to those who attended the event.

“I sent an email requesting a virtual meeting because of Covid numbers rising. Safety should be priority while we handle the city’s business,” said councilwoman Lilisa Mimms.

Mimms worried about the council meeting turning into a virus spreading event.