Records show Paterson health and human services director not coming to work on time, failing to use key fob to clock in | Paterson Times 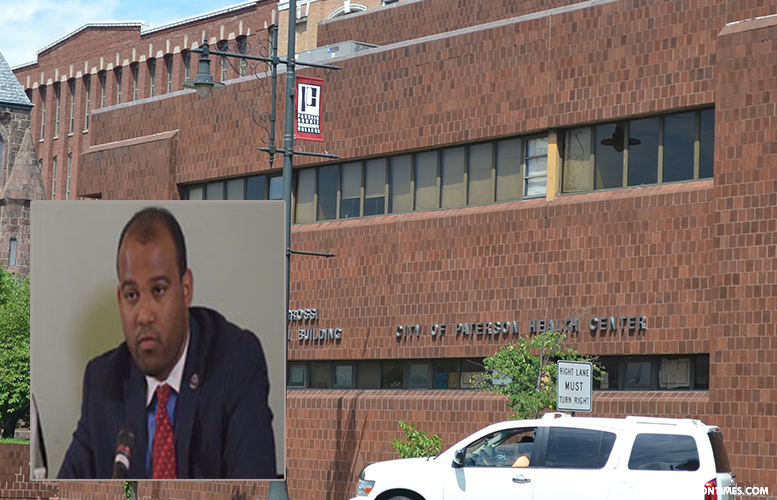 Mayor Andre Sayegh’s health and human services director Joel Ramirez, who was hired six months ago, has not been coming to work on time and has been failing to use the required key fob to clock in, according to city records obtained through an open records request.

Ramirez came to work on time, at 8:30 a.m. as is required for all employees, just three times since he was hired on August 2, 2021, according to handwritten timesheets. He also failed to use the key fob that city policy requires all employees to use for accurate time keeping, records show.

Ramirez’s handwritten timesheets show he puts in 8 hours. He insisted that the public should know even if he is coming to work after 8:30 a.m., he puts in the required number of hours.

Ramirez said he attends City Council meetings and works “around the clock.”

“I take full responsibility on not using the key fob,” said Ramirez. When asked if he plans to start using the key fob to clock in and clock out, he said, “If the BA requires it, I will do it.” He was issued a key fob like all employees when he joined the city, but has so far refused to use it consistently.

Just last Monday, assistant personnel director Stephanie Pabon sent a memo to all employees informing them that it is “mandatory for all civilian employees to use their key fob for clocking in and out.”

Sayegh did not answer specific questions about Ramirez’s work hours or his failure to use the key fob.

“Director Ramirez works around the clock. He is a true 24/7 public servant. He takes calls all hours of night for all matters related to human services specifically homelessness. Joel has acquitted himself well as a leader in our city,” said Sayegh.

Sayegh has built a culture in City Hall where his appointed directors fail to follow the basic city policy of clocking in and clocking out of work. His predecessor’s cabinet members utilized the clock in and clock out system to accurately record their time.

“We don’t have a mayor — this guy is a cheerleader. He doesn’t even know who goes to work on time or who doesn’t,” said councilman Alex Mendez.

Mendez said Sayegh lacks the leadership skills to hold his cabinet members accountable. He said he does not blame Ramirez, but blames Sayegh.

“I’ve never really had any reasons to question Joel’s integrity,” said councilman Michael Jackson. He said the late starting time in the timesheets suggest Ramirez is not manipulating time records.

Jackson said he does not know why the city moved away from the biometric clock-in and clock-out system. He said the key fob system can be manipulated.

“You can give somebody a key fob, and he could punch you out. You can’t give anybody your thumb print,” said Jackson.

Councilman Luis Velez said business administrator Kathleen Long told him at a City Council meeting that all employees are required to use the key fob time tracking system.

“If all employees have to comply with the policy, why this certain group cannot do that?” remarked Velez referring to Sayegh’s cabinet members. Velez said the mayor is like the orchestra conductor who “doesn’t care how they play, whether good or bad.”

Ramirez has no experience in health or human services.  Despite that Sayegh appointed him and the City Council confirmed him in late December.