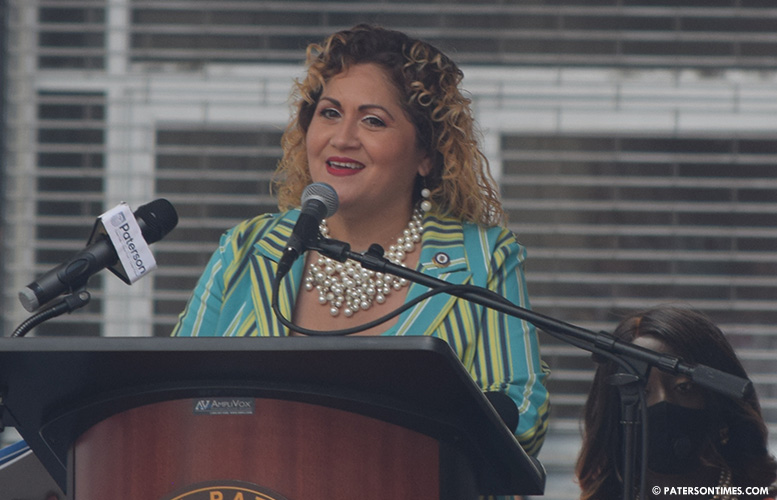 Council president Maritza Davila’s vehicle was stolen from outside her home and later recovered in Clifton on Thursday afternoon.

Davila’s 2022 Honda CRV was stolen at about 1 p.m. while it was parked at the Park East Terrace housing complex.

“I actually heard the alarm and looked out the window as the person drove away,” said the council president.

She checked with her son to see if he was using the vehicle, but learned he was not, said officials. Her son then pursued the stolen vehicle and found it abandoned on Randall Avenue in Clifton.

Police said Davila’s vehicle sustained damage from being involved in a crash.

No one has been arrested.

Davila said no one was injured. She said she was “thankful” for the “quick response” of the Paterson police.

Davila isn’t the first elected official in Paterson to become a victim of the city’s chronic crime problem. Former mayor Jose “Joey” Torres’ home was burglarized on election night in 2014.