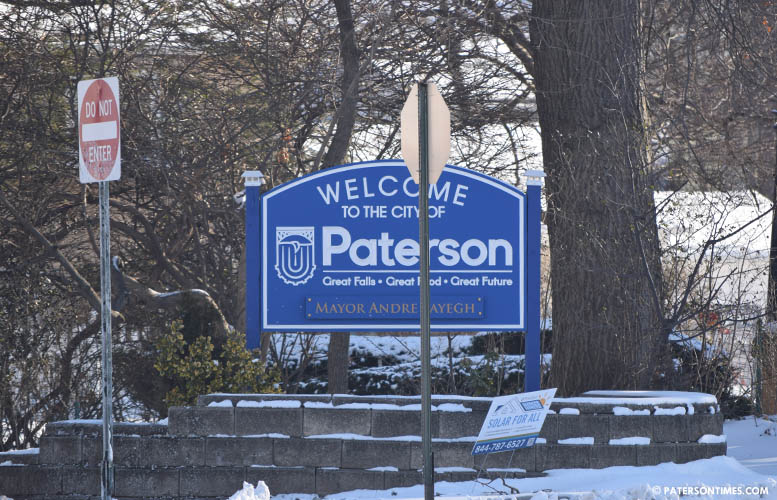 Paterson issued $718,100 in stop work orders to those allegedly engaging in illegal construction over the past 14 months, but it only collected $2,100 in penalties, according to records reviewed by the Paterson Times.

“The DCA encourages us to use that as a tool, not as punishment, to bring people into compliance,” said construction official Gennaro “Jerry” Lobozzo. He claimed the city’s compliance rate is “very, very high” without providing any evidence.

A spokeswoman from the New Jersey Department of Community Affairs (DCA) did not respond to a message for comment.

Lobozzo repeatedly said his goal is to ensure compliance and not levy penalties. He became combative during the interview and blamed councilman Michael Jackson for “sparking” interest in the stop work orders issue.

“Only collected $2,000 on the books,” said suspended community improvement director David Gilmore laughing. “There’s something wrong. I have forwarded concerns that went unaddressed.”

Gilmore has alleged Lobozzo of “ticket fixing” in a lawsuit filed in federal court.

A typical violation carries a $2,000 penalty. Penalties accumulate every day the violation remains unbated. Three properties with the largest amounts due were:

“We’re not there, but we will get there,” said economic development director Michael Powell.

Powell said the city has been implanting a new system to better track permits called Spatial Data Logic (SDL). He said he is also hiring a new project manager to follow-up on violations.

Powell could not explain what happens after a stop work order is issued.

“I don’t know. I’m assuming there are structures in place,” said Powell.

When pressed on who is responsible for fixing the process and collecting the penalties, Powell began to prattle about planning strategies: ready, fire, aim; and ready, aim, fire. He started to ramble about Hinchliffe Stadium and the Argus Mill, two low-income housing development projects funded mostly by public money. In both projects, developers are collecting millions of dollars in fees.

“There are so many bigger fish to fry than what you’re talking about. I’ll still fix it. I’m not worried about it,” said Powell.

Enforcement is a key part of the economic development director’s job function.

“There’s no rules. Anything goes in Paterson,” said councilman Michael Jackson. “There’s no accountability at all.”

“He’s the person running the department. What the hell is he doing all day?” remarked councilman Luis Velez.

Velez concurred with Jackson that Powell is “not competent” and has been failing to “run the department the right way.”

Councilman Alex Mendez said if Powell’s department was collecting the revenues from violations Paterson would not have to go to homeowners every year to raise taxes.

“I don’t think Mike Powell is competent,” said Mendez. But he said the ultimate blame falls on the mayor. “There’s no leadership. We don’t have a mayor. This guy is just a cheerleader. All he cares about is press conferences. He’s not doing the job. It’s really sad,” said Mendez.

“Wait, the three people running against the Mayor during an election season are saying something sensational that you’re willing to put in print, which everyone knows to be factually inaccurate?” responded Powell when told council members called him incompetent in running the economic development department.

But it isn’t just the three council members that are running for mayor. Others have criticized Powell for failures. For example, Powell’s department came under fire in late 2020 for failing to implement a program to charge developers to review their plans.

“I still don’t think they actually use it properly,” said councilman Flavio Rivera of the program. “It’s sad to hear that only $2,000 out of $700,000 has been collected; but the bigger issue is are these employees fulfilling their duties? Is the purpose being served by having these positions?”

Powell’s go-to solution has been to hire more staff. He hired an assistant director and an economic development representative in 2020. Now, he’s proposing to spend more funds to hire a project manager.

Gilmore and council members said the city’s failure to hit violators with penalties has led to a proliferation of illegal constructions.

“We don’t want the public to know that we will abate a fine because we don’t want to encourage people to do bad things,” said Lobozzo.

But developers talk to each other and know Lobozzo’s stop work orders are little more than pieces of paper.

“Paterson is the wild west, I can’t control everything that happens out there,” said Lobozzo. “Now you’ve got other municipalities that like to use fine money as their revenue. We don’t do that.”

Gilmore said that’s exactly what Paterson needs to do in order to deter violators.