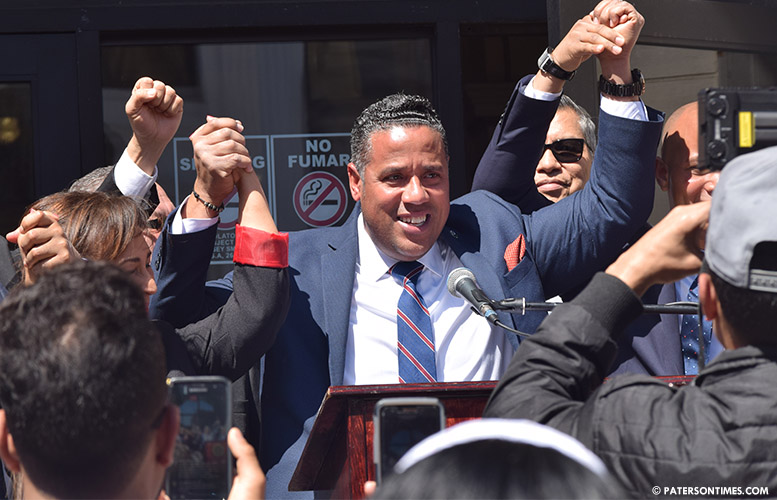 An effort linked to incumbent mayor Andre Sayegh to eliminate councilman Alex Mendez from the Paterson mayoral election is heading to the court.

Mendez called the latest Sayegh-linked effort yet another indication of the incumbent’s desperation as he seeks a second term.

“He’s so afraid. He knows he will lose. He can’t run on his record. High crime. Dirty streets. High sewer and taxes,” said Mendez speaking of Sayegh. “He’s hiding himself behind that person.”

Sayegh has largely sidestepped questions about him funding the effort to disqualify Mendez. He called Mendez a “compulsive liar.”

The case argues the City Clerk’s decision was “arbitrary, capricious, and unreasonable.” City Clerk Sonia Gordon re-verified the petitions submitted by Mendez and provided an explanation for every petition that the Sayegh supporter challenged.

Mendez said his petitions are valid and Sayegh is unlikely to get a win in court.

“His idea is to keep me in court and spending money,” said Mendez speaking of Sayegh.

Mendez is also in court defending himself against voter fraud charges related to the 2020 election.

Sayegh has said Mendez is not fit for mayor because of his indictment. He again mentioned the election fraud charges against Mendez. Mendez’s criminal case is not going to be resolved until after the May elections.

Mendez also accused Sayegh of being behind a harassment campaign against him and his family. He said people are rummaging through his trash, trespassing on his property, and taking pictures of his house.

Sayegh did not respond to a specific question asking whether he is behind the alleged harassment.

Besides Sayegh and Mendez there are three other candidates – former councilman Aslon Goow, council members Michael Jackson, and Luis Velez — running for mayor.