‘This is my primary residence,’ says Goow from his family’s Paterson home | Paterson Times 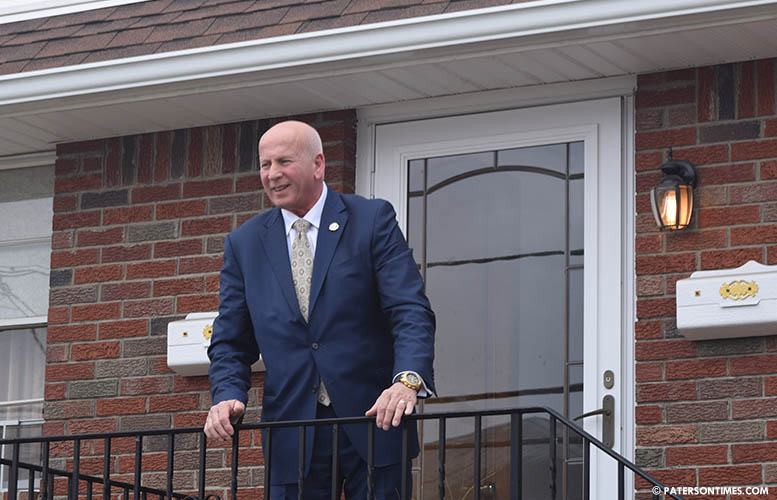 Former councilman Aslon Goow, sitting in his dining room at his family house on Edmund Avenue on Tuesday afternoon, urged voters “not to believe a word” of the allegations that he does not reside in Paterson.

“I’ve been here all my life,” said Goow. He said he has lived at the Edmund Avenue home since he was ten. His family has owned the property on Edmund Avenue since 1969. “This is my primary residence.”

Goow showed his driver’s license which has his residence as Edmund Avenue. His GEICO car insurance and EZ-Pass statements are also at the same address. He also showed a PSEG bill that came to the house addressed to him. He said his federal tax returns also have the Edmund Avenue address.

“There’s a cloud over my head right now,” said Goow referring to the allegations that he lives with his wife in West Milford. Asked why he does not live with his wife, he replied, “Our relationship is different.”

A private investigator, funded by prominent developer Charles Florio, conducted surveillance at the Paterson and West Milford homes for a 12-day period this month. His report stated Goow does not reside in Paterson.

Goow said the private investigator’s report does not prove anything. “So, what if I’m at West Milford for two weeks?” said Goow, who is running for mayor.

Goow had to make some changes to his living arrangement. He allowed his sister and her ill husband to live at the Edmund Avenue house. He allowed them to take over the master bedroom while he stays at a small guestroom in the house.

Sayegh did not respond to a message for comment.

Goow said he invited both Florio and Sayegh to stop by his house so he can show them he lives on Edmund Avenue.

Florio had surgery and could not attend. Sayegh was never sent a direct invite by Goow.

“He doesn’t really live there,” said Florio speaking of Goow. “His neighbors haven’t seen him.”

Florio said he doesn’t blame Goow for moving out of Paterson given the poor quality of life.

“He has got a major ego problem,” said Goow calling Florio “narcissistic.” Florio had the private eye follow Goow after the latter made comments at a City Council meeting. Florio felt the comments targeted him even though Goow never mentioned the developer’s name.

“I point out he does not live in Paterson and I have a ego problem. That’s actually the nicest thing anyone said about me — tell him I said, ‘Thank you,” remarked Florio.

No court date has been scheduled in the case.

Goow said he had reporters at his house on Tuesday to remove the “perception” that is being created that he does not reside in Paterson.

“I’m not going to be distracted by this,” said Goow.