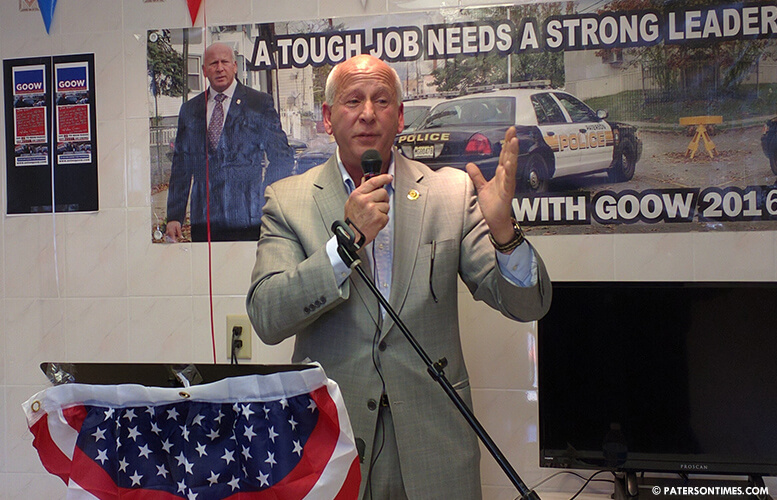 Former councilman Aslon Goow, who is running for mayor, received the endorsement of his once archrival ex-councilman Mohammed Akhtaruzzaman.

“I think he’s the right candidate. A lot of constituents are complaining about sewer bills, tax hikes, and crime,” said Akhtaruzzaman. “So far Goow is the best candidate.”

Akhtaruzzaman and Goow were bitter rivals for years.

Akhtaruzzaman said both men have set aside their personal enmity for the betterment of Paterson.

“I didn’t have to convince him. He feels the same way I feel,” said Goow of Akhtaruzzaman. “We realized what’s in our best interest: It’s to move the city forward.”

“There’s going to be police presence. We have to have presence and visibility,” said Goow. He intends to hire more police officers. “I want to start with at least 50 regular police officers in the first year.”

Goow wants to add another 80 to 100 class two police officers, who are part-time but have full police power.

Akhtaruzzaman’s endorsement means Goow may be able to secure the support of the city’s Bengali-American community, a group that was hit hardest by Sayegh’s sewer reforms.

“We’re going to address the sewer. It’s got to be reversed. You can’t charge using water usage — it does not work,” said Goow.

Akhtaruzzaman was the first Bengali-American elected to the City Council in Paterson. He remains popular within his community and commands a strong following.

Goow said he will also try to hold back tax increases. He acknowledged it’s next to impossible to reduce taxes, but trying to minimize the increases will aid homeowners.

Goow noted he has a base of support within the Bengali community from his decades as councilman representing the 2nd Ward. He wants to expand that base and consolidate his support.

“I think the Bangladesh community will play a major role in Paterson today and tomorrow,” said Goow.

Other mayoral candidates have been trying to get Bengali support.

Sayegh is working with councilman Shahin Khalique, who also hails from the Bengali community.

Khalique and Sayegh had been at odds with each other for years. Khalique had even accused Sayegh of being responsible for the criminal charges against his brother and campaign worker. Both men are now working together.

Khalique has lost a lot of support within his conservative Muslim community, especially after a video emerged of him drunk driving and being put into the backseat of a state trooper interceptor.

Mendez has a small base within the Bengali community that he is seeking to expand. Bengalis number approximately 15,000 people with an extremely high voter turnout rate.

“He really loves the city,” said Akhtaruzzaman of Goow.