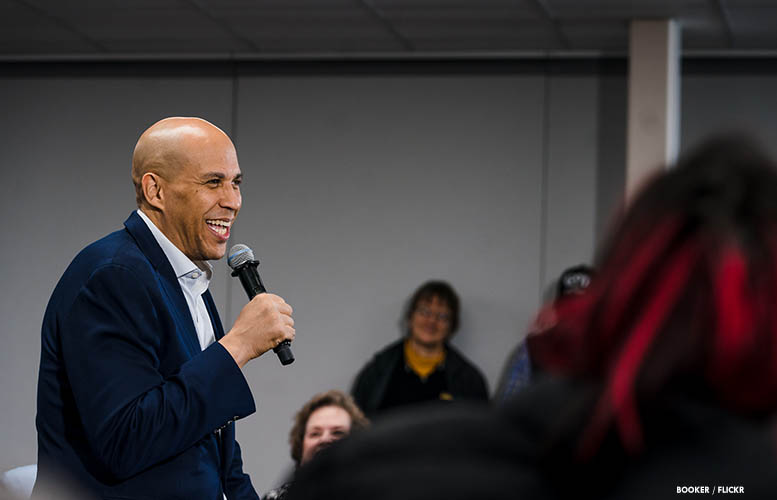 Booker cited Sayegh’s “leadership” during the Covid-19 pandemic in his endorsement. But Sayegh displayed neither management nor leadership skills in handling the pandemic, according to four other candidates running for mayor.

“Most importantly, when the COVID-19 pandemic took hold of our country, we saw the strength of Andre’s leadership, the depth of his compassion and his determination to protect Paterson’s residents,” Booker said in a press release endorsing Sayegh.

Sayegh failed to set up a single Covid-19 testing site during the early months of the pandemic. Paterson was the only major New Jersey city without a testing site. He then cut back testing despite having federal funds to continue the program.

During the early months, Sayegh created a panel for pandemic response. None of the cabinet members who were on the panel had any public health credentials or experience. He also sidestepped his health officer in key public health decisions. More recently, Sayegh severely scaled back an outreach program that aimed to get the city’s most vulnerable residents vaccinated against the virus.

“Senator Booker is not informed about what happened in Paterson. If he knew what happened in Paterson, he would never get close to Andre Sayegh,” said councilman Alex Mendez. “Because of Andre and his failed leadership, Paterson, the third largest city in New Jersey, did not have a Covid-19 testing site. You know how many people died? It was impossible for Paterson residents to get tested.”

Booker is citing a fiction to justify his endorsement of Sayegh, said councilman Luis Velez. Velez said Sayegh’s response was a “disaster.”

“There’s no reality. He is endorsing a failed response. Everybody knows that,” said Velez speaking of Booker. “Cory Booker did not do his homework. He is my friend, but he just didn’t do his homework before making the endorsement.”

“Cory Booker failed to do his research on the condition of our community members which is very irresponsible,” said councilman Michael Jackson.

Jackson said Sayegh lead a “disastrous” response to the pandemic.

Both Jackson and Velez were on the City Council from the beginning of the pandemic. Both men repeatedly urged Sayegh to set up testing sites during the early months of the pandemic.

Former councilman Aslon Goow said Sayegh failed to listen to experts. He said Sayegh ignored the recommendations of health officer Paul Persaud throughout the pandemic leading to the disaster.

Goow, Velez, Jackson, and Mendez, are running against Sayegh for the mayor’s seat. All five men are registered Democrats.

Goow pointed out Paterson has among the “worst” booster rates in New Jersey.

“I am honored to receive his endorsement,” said Sayegh. “He has been steadfast as an ally for Paterson’s future, and his support reflects his commitment to making sure that Paterson succeeds.”

An email to Booker’s office was not responded to on Thursday.

Booker is expected to endorse Sayegh at the Masonic Lodge in Paterson on Friday, May 6.