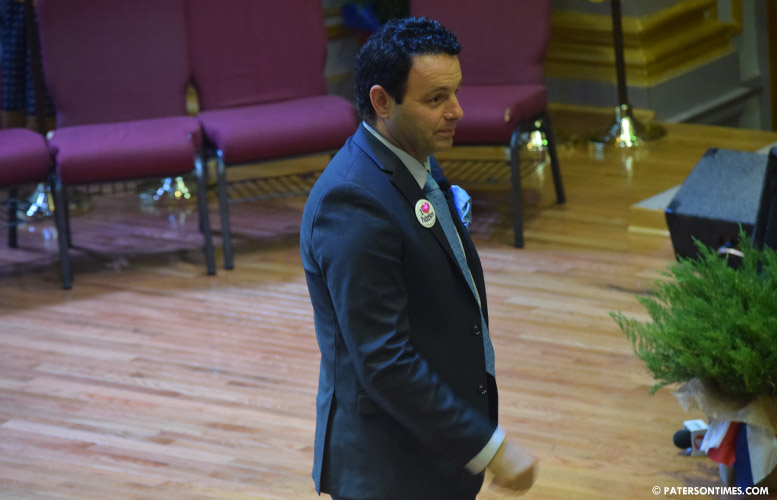 Mayor Andre Sayegh is looking to give himself a $21,000 pay increase while raising the salary ranges for his cabinet members, according to a proposed measure his administration is presenting to the City Council.

Sayegh wants his salary increased from $119,000 to $140,000, according to the document. Sayegh administration’s other proposed increases are as follows:

Municipal officials expect the mayor to give his cabinet members the highest salary within the range if the measure is approved.

Sayegh did not respond to a call for comment on Tuesday.

Council members are not fully on board with the mayor’s big salary increases. Sayegh tried to increase salaries two years ago, but could not get it through the City Council.

“What?!” said councilman Luis Velez after looking at the economic development director’s salary range. “I don’t feel comfortable with these salary increases.”

Velez said there should be some increase, but not massive increases like those proposed by Sayegh. He said performance has been “lacking” from a “lot of them,” referring to the mayor’s current cabinet.

Council members in the past contemplated taking no confidence votes against Sayegh and his business administrator Kathleen Long for their poor management of the municipal government.

“He is telling the community he is the head honcho. He is going to pay himself and his cabinet more money and throw council members pennies to get it through. It’s embarrassing,” said councilman Michael Jackson speaking of Sayegh.

Jackson said Sayegh and his team’s performance has been poor and they “absolutely do not” deserve pay increases. Council members pointed to high crime rates, dirty streets, homelessness and panhandling, poor enforcement of municipal ordinances under Sayegh to argue that the current administration has been failing residents.

“Services have diminished since Andre got into office. Why do they deserve this incredible increase?” said councilman Alex Mendez. “I’m not supporting that.”

Mendez said the mayor’s priorities are wrong. He said Sayegh should be focused on tackling violence, shootings, and garbage all over the city rather than trying to give himself and his cabinet pay raises. Sayegh originally proposed the large salary increases two years ago, at the onset of the pandemic, when the city’s unemployment rate hit 27 percent, highest on record.

“The city is in the worst condition it has ever been in,” said Jackson. He said he has heard the current business administrator told the mayor she wanted a $50,000 pay raise or she would quit. Jackson publicly confronted Kathleen Long, the business administrator, about the alleged comment; however, Long has neither denied nor confirmed that statement.

“The lowest salaried employees deserve an increase,” said councilwoman Lilisa Mimms. “We have city employees that are not even making $40,000 a year. Until we can bring those employees to a living wage, we should not be talking about this.”

“We must remain competitive with other towns around us,” said Abdelaziz. “Department heads are making more in smaller towns.”

Sayegh has not said whether he intends to replace some of his cabinet members as he moves closer to starting his second term as mayor.

“We need to have a deep discussion. This is taxpayer money,” said Velez.