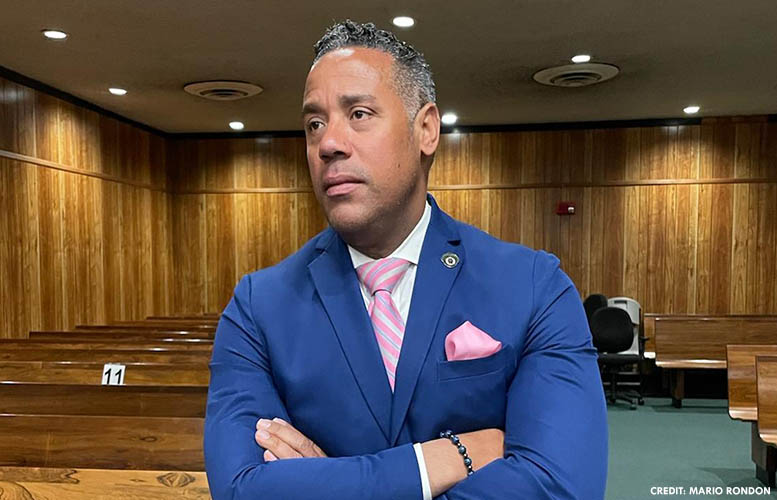 A lawyer for Alex Mendez seeking to get voter fraud charges against the councilman dismissed told a judge last week his client is the target of “selective prosecution.”

“The prosecution of Mr. Mendez is an example of selective prosecution,” said Paul Brickfield during a court hearing last Wednesday.

Brickfield said the case against Mendez is “small” and “weak.” He said the New Jersey Attorney General’s Office is alleging Mendez tried to register two voters who were already registered and that a handful of people allegedly gave their ballots to Mendez.

Mendez was indicted on seven charges for alleged voter fraud in the 2020 municipal elections, when he ran for the 3rd Ward seat on the City Council.

Brickfield said Mendez was targeted because he was a “major opponent” of mayor Andre Sayegh.

Mendez and his allies have long blamed Sayegh for his legal woes. Their claim has been Sayegh used his allies in Trenton to target his political foes at home to keep himself in power.

Brickfield cited investigators use of police sergeant Edwin Morillo as a translator in the case. Morillo at the time was part of Sayegh’s security detail.

Deputy attorney general Eric Cohen said the New Jersey Attorney General’s Office sought a translator from the local police force and Morillo was provided. He said it likely came down to Morillo being an officer sworn in to assist in election related crimes.

Cohen said that particular interview did not form the basis of any charges against Mendez.

“The interview did not result in anything,” said Cohen.

Brickfield also cited political activist Ernest Rucker’s claim that Sayegh had non-public information about the Mendez case. Rucker claims there are text messages that would prove his claim, but none were produced as evidence.

Brickfield demanded the New Jersey Attorney General’s Office produce any and all communications they had with Sayegh.

Brickfield also alleged Sayegh ally, Mohammad Akhtaruzzaman, was engaged in collecting ballots during the same election, but was never prosecuted. He claimed there is “substantial evidence” that voters gave ballots to Akhtaruzzaman. He claimed the case against Akhtaruzzaman is “stronger” and “bigger.”

“He should not be using my name. I’m not accused of anything,” said Akhtaruzzaman speaking of Mendez. “I don’t know what’s wrong with him. He should use some of the people he hangs out with instead of using my name.”

Akhtaruzzaman said Mendez is in the “hotseat,” which is making him liable to say anything.

“The state just did not receive any allegation at all, that this other candidate had anything to do with any false voter registrations,” said Cohen.

Cohen said Mendez needs to prove that prosecutors discriminated against him to successfully argue selective prosecution.

“Nothing could be further from the truth,” said Cohen speaking of selective prosecution. He said a grand jury indicted Mendez after reviewing evidence.

Mendez has a “heavy” and “arduous” task in proving selective prosecution, said the deputy attorney general.

Passaic County Superior Court judge Sohail Mohammed will decide whether to dismiss the charges against Mendez. Mendez is scheduled for another court hearing in early September.