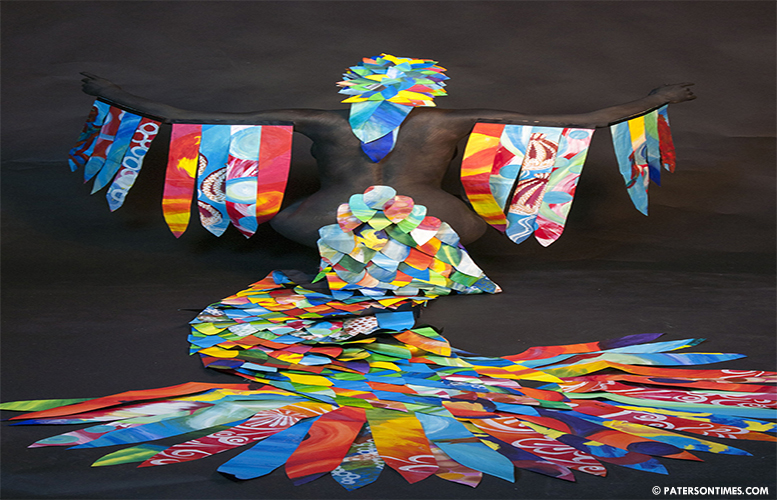 RoByn Thompson, a city artist, won first place in an art contest organized by a Pennington based art museum last Wednesday, for elaborately retelling – through figurative art — the Lenape Native American legend of the Rainbow Crow.

Thompson created a collage of abstract paintings which she then turned into a coronet, a mask, two wings, and an elongated tail to adorn a human Rainbow Crow. 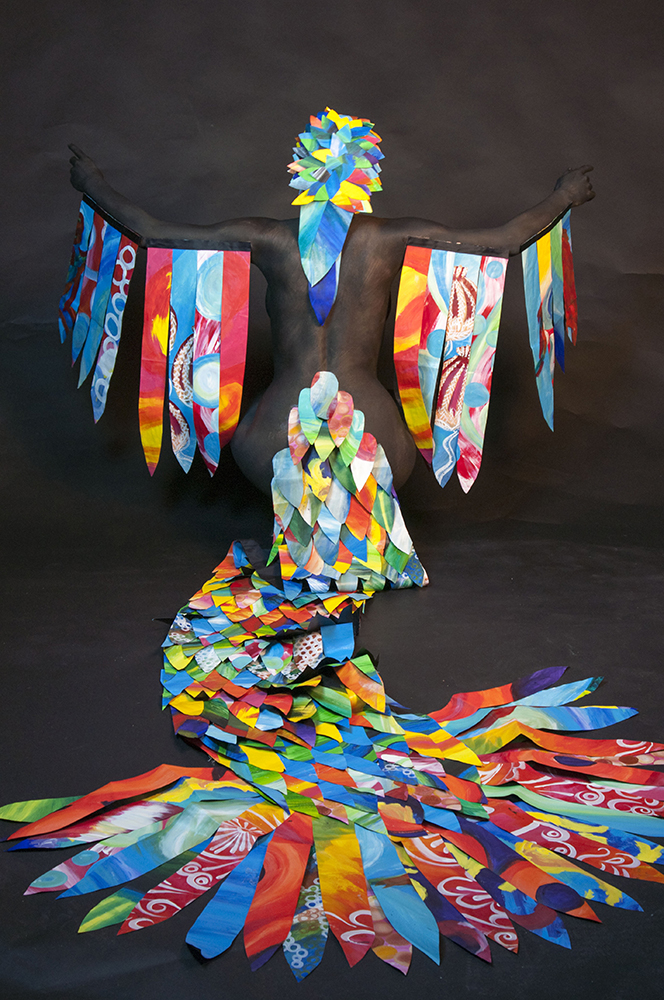 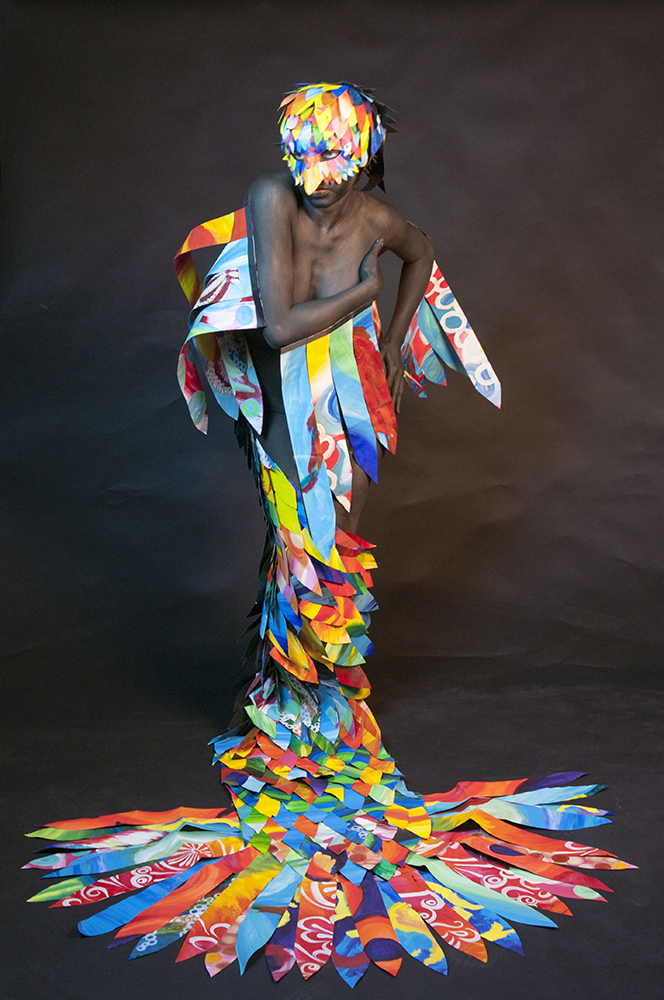 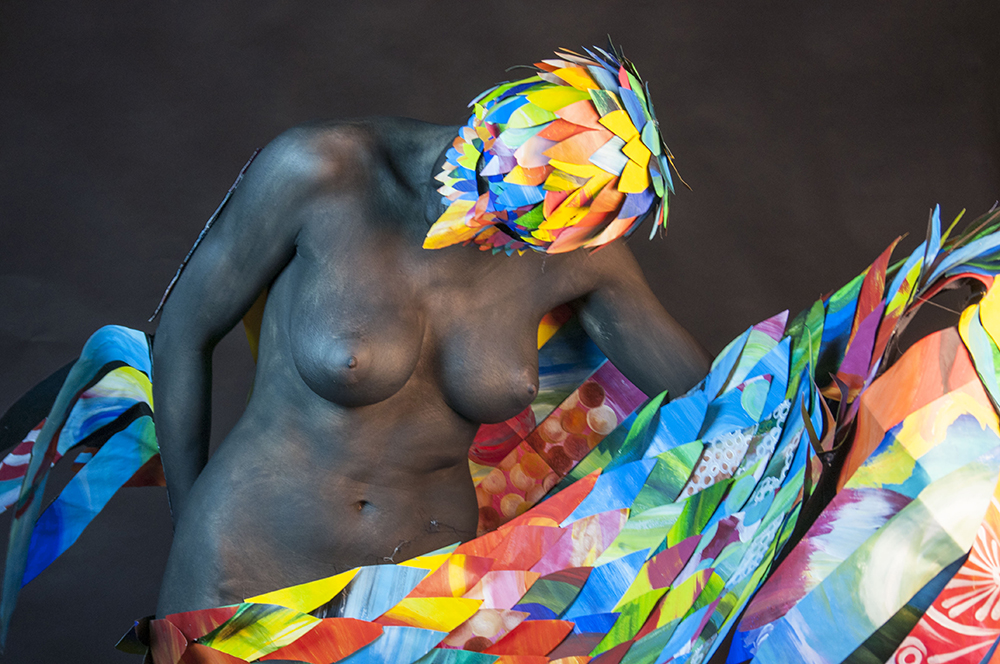 Lenape legend tells of the first snowfall when all the animals of the earth were threatened with imminent death; a crow with brightly colored plumage was sent up to the Great Sky Spirit to request a cession of the ever falling snow and the cold from freezing all the animals.

The majestic crow flies up to the heavens, and instead of obtaining an end to the snow, it is handed the gift of fire. As the crow is flying back with the gift to warm all the creatures of the world, the fire burns the crows beautiful tail, its wings, and its whole body, leaving it permanently charred.

Thompson’s work represents the crow prior to its blackened burnt transformation. Each piece that went into bedizening the model was composed of hundreds of miniature abstract paintings, in the style of Ebullient Art, a new art form, whose practitioners create a larger masterpiece by combining smaller works of art.

After arduously creating the different pieces — especially the 8-foot long tail – Thompson body painted a model and ornamented it with the brightly colored mask, the wings, and the elaborate tail.

“Each of the hundreds of abstract paintings is a work of art unto itself, and so are the individual components that come together to complete the whole,” said Janet Purcell, judge of the 2nd annual Ebu-Arts Contest.

This is the second year the Ebullient Arts Museum, Pennington based art museum, organized the contest which sees entries coming in from artists all around the world. Last year an Australian artist won the first place.

The work depicts the sacrifice artists often make by giving up economically advantageous tasks to pursues artistic endeavors. “This story can be a powerful parable for artists, who must often sacrifice dearly in their pursuit of truth and beauty,” read a statement from the museum.

Thompson will receive $1,000 for having won first place, and her work will be exhibited at the museum in the spring. “Robyn Thompson understands and employs the concept of Ebu-Arts and she does so with imagination, confidence and exuberance,” said the judge. 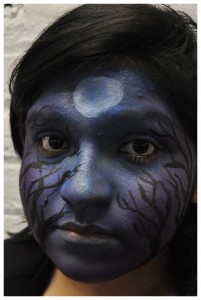