Feliciano plagiarizes a piece out of Goow’s plan | Paterson Times 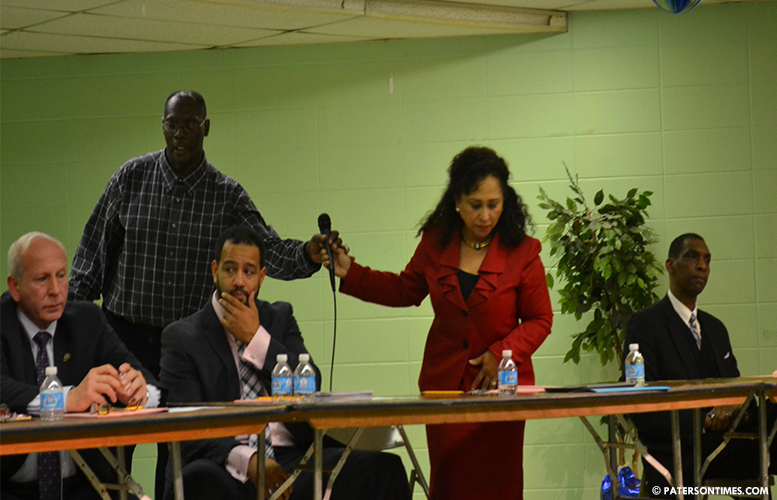 During her closing remarks at a candidate forum on Friday evening, Maria Teresa Feliciano spoke three sentences that came straight out of Aslon Goow’s plan for the city document.

“I was shocked,” said Goow, former 2nd Ward councilman. Goow’s campaign quickly caught the instance of copying minutes following the conclusion of the forum. The sentences in question are located in the second page of a booklet released by the former councilman’s campaign called “A Vision for a Stronger and Safer Paterson;” below is the exact passage from Goow’s booklet:

Never before have the stakes of one City election been so high, and never before have our challenges been so great. But I believe that we can meet those challenges head-on, and we can overcome them. We can break out of the shackles of poverty and despair, and build a City of renewed prosperity and hope.

An audio clip captured by this paper and provided below evinces, that, indeed Feliciano borrowed sentences from the former councilman’s booklet.

Felicano said the sentiment she expressed is a common one and she did not plagiarize it out of Goow’s booklet. “Those are pretty common overall statements about the conditions of our city that I agree with and I certainly believe if that happens to be exactly what the candidate Aslon Goow thinks then we are in sync, we’re thinking the same thing,” Feliciano said.

“I’m flattered in a sense, at least she likes what I’m saying,” remarked Goow on Saturday afternoon, saying it amazes him how she can think the same thought as he in the same exact words in the same exact order. “Word for word? That was verbatim what she read,” said Goow.

Goow’s campaign doesn’t buy Feliciano’s explanation for stealing out of their booklet. The former councilman said it doesn’t surprise him because he has always said people will steal out of his plan once he puts it out there.

Feliciano defended herself saying, although the remarks appear almost exact, she did not copy any plans from the booklet. She said, “I didn’t outline any plans in my closing remarks.”

“I knew once I put it out there people were going to start taking things,” said Goow.