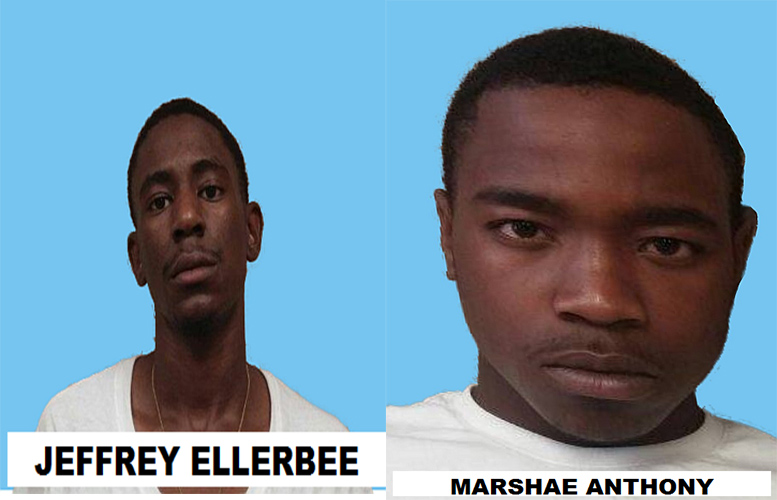 A 19-year-old and a 21-year-old have been brought into police custody in connection with the fatal shooting death of 12-year-old Genesis Rincon, announced the Passaic County Prosecutor’s Office on Friday afternoon.

Marshae Anthony, 19, and Jeffery Ellerbee, 21, both city residents, have been charged with weapon possession and murder, according to authorities.

“Mr. Ellerbee and Mr. Anthony were charged as a result of information obtained during the investigation being conducted by the Paterson Police Department in conjunction with the Passaic County Prosecutor’s Office Major Crimes Unit,” prosecutor’s office said.

Authorities have not released information about the role the two men played in the shooting. Rincon was outside with two friends on Rosa Parks Boulevard at 8:40 a.m. on Saturday when a white jeep passing by sprayed bullets leaving her fatally wounded. Rincon was shot in the head.

Police rushed her to St. Joseph’s Regional Medical Center for treatment where doctors said she was brain dead. A day later Rincon was pronounced dead. Her organs were donated to five minors whose lives were saved as a result, according to those close to the family.

The little girl’s death sparked outrage in the city. On Tuesday, hundreds of protesters rallied in front of the city hall demanding justice for the girl. Later in the night, Jhymiere Moore, 19, turned himself into police as the alleged shooter. Authorities charged Moore with murder and weapon possession.

Moore appeared before a judge in superior court on Friday morning pleading not guilty to the charges of murder and weapon possession. Moore’s bail was set at $3 million.

Bail for Ellerbee has been set at $2 million cash only and Anthony’s bail is set at $75,000, authorities said.