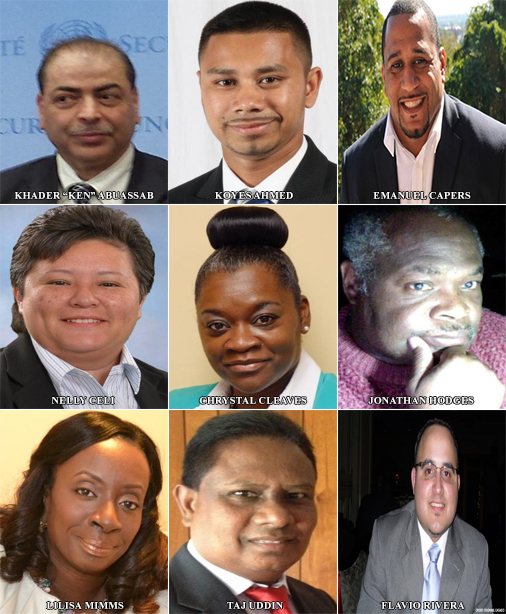 City organizations and the municipality have stepped in to hold candidate forums throughout the week — absent of any formal debates — for the nine candidates running for the city’s board of education election on November 4th, 2014.

The first forum is being held inside John F. Kennedy High School on Monday evening by the Paterson Education Fund, an education advocacy group. The fund’s forum will begin at 6 p.m. inside the high school, 61-127 Preakness Avenue.

The second forum is being held inside the Danforth Memorial Library on Wednesday afternoon by the Passaic County Civic League, a county public policy advocacy. The league’s forum will begin at 5 p.m. inside the library, 250 Broadway.

The third forum is being held inside the city council chamber on Thursday afternoon by the city’s governing body. The event organized by Kenneth Morris, councilman at-large, will begin at 2 p.m. inside the council chamber, 3rd floor, 155 Market Street.

Rivera, who was appointed to fill the vacancy left by Alex Mendez, councilman at-large, is running to fill the entirety of Mendez’s term. Rivera is running unopposed.

Wendy Guzman, school board member, did not pick up petition to run for a third term. “I did my two terms and I’m gracefully and gladly waving goodbye,” said Guzman on Wednesday evening. With her deciding not to run, the challengers have one seat that is guaranteed to be filled by one of them.

Education officials have said by moving the elections from April to November, the current school board created voter confusion with a good number of residents unaware the elections are being held in less than three weeks.

Some candidates, who showed an interest in running for the board, did not have an opportunity to pick up petitions, because, they said, they were unaware of the petitions’ availability due to the election date change.