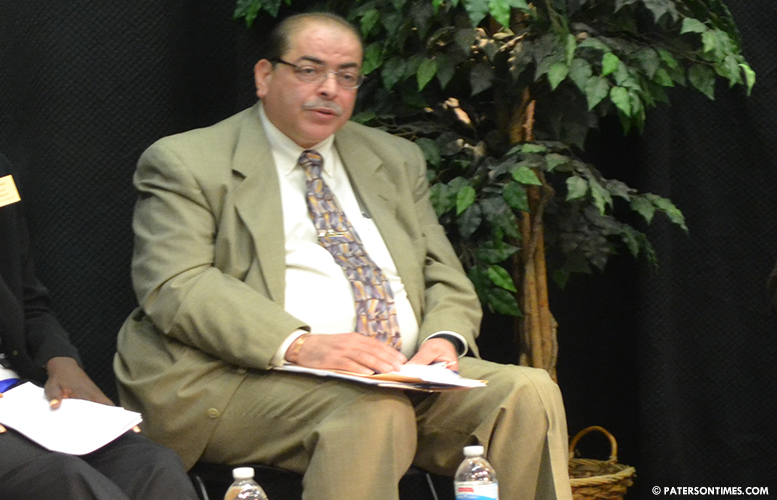 The county’s superintendent of election has revoked Khader “Ken” Abuassab’s voter registration after finding he had used a non-residential address to register.

“It’s a very small office space and he had a mattress on the floor,” said Sherine El-Abd, the superintendent of election in Passaic County. Abuassab claimed his permanent place of residence or domicile was the building on Main Street. The building contains a Turkish restaurant on the ground floor, a bail bond company office on the second floor along with a section for Abuassab’s organization.

El-Abd said, after this paper inquired about Abuassab’s registration, she dispatched two investigators to the location. The investigators were not able to catch up with Abuassab on Monday; however, they were informed no one dwells in the building.

“He knew they were coming, so he just probably dumped the mattress there,” said El-Abd. The superintendent said the law requires her to notify the individual and have him complete a questionnaire. Abuassab completed the domicile questionnaire certifying he lives at the location despite evidence to the contrary.

Zoning restrictions prevent individuals from using commercial business locations as domiciles or permanent residences. The city’s code does not have any specific ordinance regulating the practice; however, city officials have said common sense and certain zoning laws most likely disallow the practice.

Abuassab also informed investigators he was going through martial problems which resulted in him staying at the location and turning it into his permanent address. With his registration revoked Abuassab’s efforts in the eight-person school board race is an exercise in futility.

When asked for an explanation on Tuesday Abuassab, who is suspected to be a resident of Little Falls, hung up his phone.

“If he wins, he will be disqualified, and removed,” said El-Abd. With ballots already printed for the November 4th, 2014 election, county election officials face a predicament.

County officials have said removing Abuassab from the ballot is an impossibility with two weeks to go before election. They have said in similar cases the county clerk had to initiate action in court to obtain judgment against the candidate.

Passaic County clerk Kristen Corrado could not be reached for comments for this story.