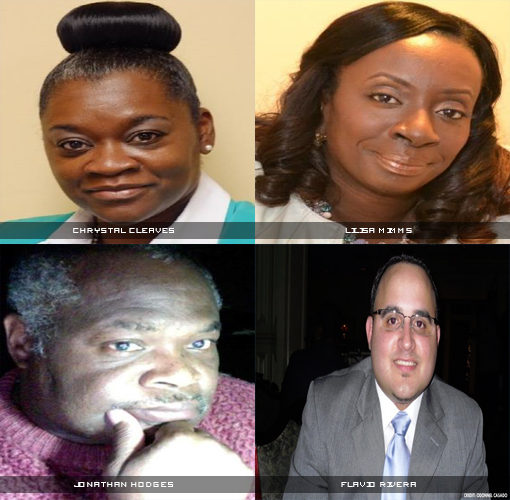 City voters on Tuesday decided to keep incumbents Chrystal Cleaves and Jonathan Hodges on the school board. Voters also elected newcomer Lilisa Mimms, founder of New Beginnings Christian Outreach Ministries. Another incumbent who retained his seat was Flavio Rivera who filled the board seat vacated by now councilman Alex Mendez.

Cleaves was the highest vote-getter second time in a row. The incumbent received almost 1,000 more votes than her nearest rival. Cleaves ran on her perfect attendance in board meetings, better fiscal control, and increasing parental involvement in education by treating them with kindness during school visits.

Mimms also ran on increasing parental involvement in education by inviting parents into schools to observe teachers administering instruction. Mimms ran on cutting back the number of programs the district has running that are costing hundreds of thousands of dollars without producing results.

Yesterday’s turnout was twice that of 2013. 19,091 votes were cast for the three-year term seekers yesterday; in 2013 10,076 votes were cast for the same number of candidates. The increase is attributed to more residents casting ballots during general elections especially when hometown favorite congressman Bill Pascrell is on the ballot.

Out of the 19,000 votes cast 34 were write-ins. The unofficial count includes mail-in ballots, but excludes provisional ballots.