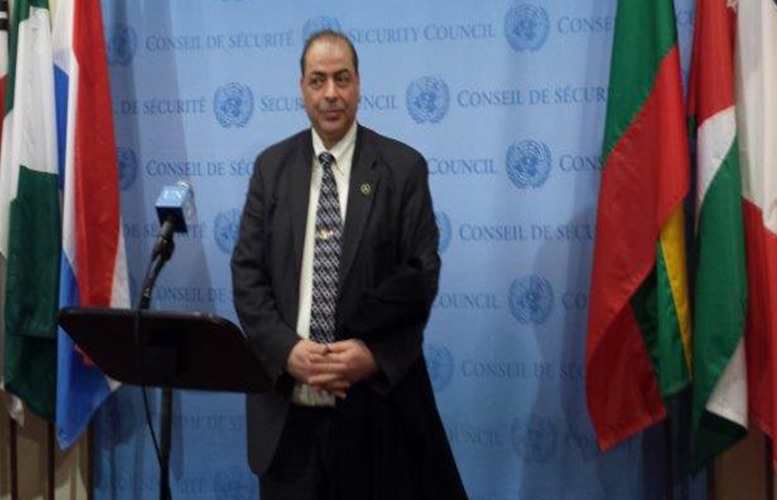 A school board candidate, who is seeking a three-year term in office, was sentenced to more than one-year in prison for defrauding credit card companies out of $619,852, according to federal court records.

Khader “Ken” Abuassab used 60 credit cards to purchase goods in stores such as Lord & Taylor and Nordstrom using credit cards issued by American Express, Discover, and MBNA America Bank between February 2000 to May 2001, according to complaint filed by the United States Department of Justice.

Abuassab, who also took out cash advances, racked up hundreds of thousands of dollars’ worth of credit card debt and filed for bankruptcy in May 2001 in an attempt to discharge $1.4 million in mostly credit card debt. However, credit card companies and authorities caught on.

In November 2001, an arrest warrant was executed at his Little Falls home, resulting in his arrest. Authorities charged Abuassab with mail fraud for using the United States Postal Service (USPS) in his fraud scheme – he received the credit cards through USPS.

Abuassab, who serves as the vice-president of the Arab American Civic Organization, later pled guilty to the charge. He was issued a 13 month sentence in March 2004. Abuassab, an alternate member of the city’s historic preservation commission, was also ordered to pay restitution in the amount of $619,852. He was given the option to make monthly installments of $100 to repay the credit card companies without accumulated interest.

Abuassab hung up the phone when asked for an explanation on Tuesday afternoon.

“No comment,” said a shocked Jonathan Hodges, when told of the amount and the sentence Abuassab received in 2004. Abuassab is in an eight-person school board race to capture one of the three up for grabs seats on the city’s board of education.

“I didn’t know anything about this,” said Lilisa Mimms, another candidate. Mimms said she has not been privy to all the documents to comment on the matter.

“After you become elected, you have to go through a criminal background check,” said Chrystal Cleaves, incumbent, who is also in the race. “If he’s done anything out of line or out of order, then it will pick up in the background check.”

Cleaves said at times people do make mistakes. “In our lives we make mistakes and just as God forgives us, we as humans, also have to forgive each other,” said Cleaves.

“If you’re running for public office whatever you did in the past is going to come out,” said Emanuel Capers, who is also running in the eight-person race. Capers said Abuassab should come forward and discuss these issues to set them to rest.

“I don’t agree with what he did, but he did his time,” said Capers. “We live in a world where we give people second chances.”

Abuassab did not answer numerous attempts to obtain his comments for this story.