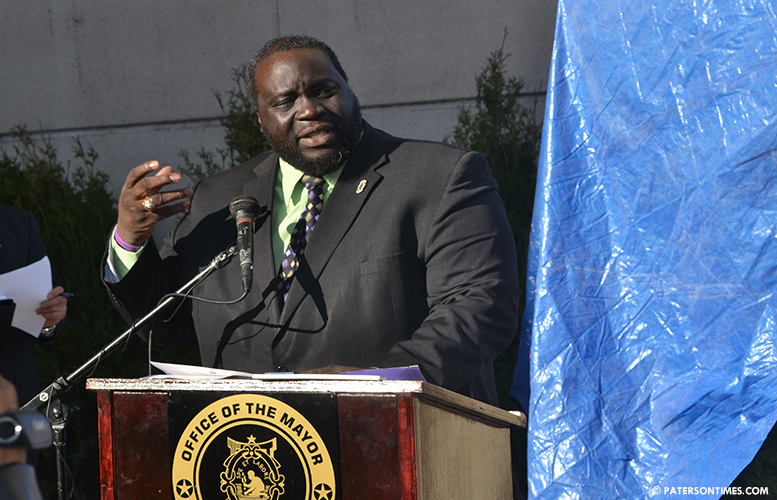 Councilman Anthony Davis pleaded guilty to extortion charges in federal court on Wednesday morning for accepting bribe payments totaling $10,000 from an informant posing as an out-of-state developer, according to the United States Attorney’s Office.

Davis took two bribe payments each $5,000 from supposed real estate developer seeking to engage in land development in the city. The developer sought Davis’s assistance “seeking local government approvals to acquire” or “develop property in the City of Paterson and elsewhere within New Jersey,” according to legal complaint brought by United States Attorney for the District of New Jersey Paul J. Fishman.

Davis accepted the first bribe payment during a meeting with the FBI informant posing as an out-of-state developer in April 20, 2012 in Wayne. The informant exchanged $5,000 in cash with Davis for assistance in “fostering” the informant’s business interests in the city.

Davis “knowingly and wilfully” attempted to “obstruct, delay and affect interstate commerce by extortion” by seeking to “obtain corrupt cash payments from another in exchange for official assistance, action, and influence in Paterson government.”

In another meeting in July 6, 2012 Davis met with the FBI informant to discuss providing a letter of support to the informant’s bank showing the city council was in full support of the informant’s endeavors in the city.

On July 25, 2012, Davis held another meeting inside the informant’s car. Davis had the letter in hand that indicated the city council was in full support of the informant’s endeavors. Davis accepted another $5,000 in bribes in exchange of the letter.

Fishman’s complaint states Davis must return the venal proceeds, $10,000 obtained from the informant. Davis who has been 1st Ward council man since 2002 could face 20 years in prison and a fine of up to $250,000.

Reaction from council members has been sympathetic to Davis despite his bribery charge.

“I think it’s an unfortunate incident. My prayer goes out to him and his family,” said Kenneth Morris, councilman at-large.

Alex Mendez, councilman at-large, also expressed his sympathies for Davis and his family.

Davis’s sentencing has been scheduled for March 18, 2015.

Davis said Tuesday he is resigning from his council seat at the end of the month.