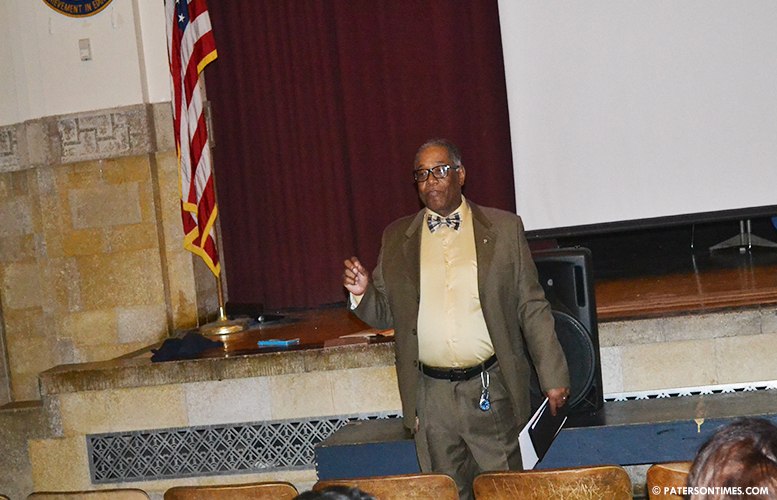 A community forum designed to collect feedback to put together an action plan to improve the city’s second most crime-plagued ward turned into a reconnaissance exercise for politicos eying the 1st Ward’s city council seat.

“Do you plan to run in the upcoming election?” asked Veronica Ovalles, who intends to run during November’s special election for the 1st Ward’s council seat.

The non-profit’s new interim president Alveria Spencer passed out membership flyers to bolster the organization’s membership. She also handed out literature that listed the various services the non-profit provides like tutoring for children, youth activities and mentoring, notary public, and domestic violence support.

Alveria, a former school board candidate, is likely to run either for this year’s November special election or the May 2015 municipal for the 1st Ward council seat. When asked whether she intends to run for the seat in any of the two elections she said she is still “undecided.”

Insiders have said Spencer will very much use her new position as a bully pulpit to attempt to catapult herself to the council. Other potential 1st Ward candidates Nakima Redmon, historic preservation commission board member; Manny Martinez, school board member, were also in attendance watching and listening.

Martinez made remarks on the popular issue of local control for city schools.

There were others in attendance who had genuine concerns.

“People are hanging-out selling drugs right in your face,” said Major Roberson, who lives on Presidential Boulevard. Roberson also mentioned the problem of panhandling saying the ward is at a “crisis point.”

“It’s a mindset,” said Staton. He said the individuals who hang out on the street dealing drugs would not do the same in Fair Lawn or Elmwood Park, but they do it in Paterson.

Staton suggested reporting those individuals and making use of the city’s hotline number. When asked if he was satisfied with the councilman’s response: “Not as a whole,” said Roberson.

“I’m satisfied he addressed it,” said Roberson. He said Staton is known as a man of action in the community, and given additional time he can make changes for the better.

Tracy Pearson, 1st Ward resident, said the ward’s issues have been ignored by the city for far too long. He said little has been done to locate a decent size library in the area following the destruction of the Northside Library by Hurricane Irene almost four years ago.

“We’re not getting the services we’re paying for,” said Pearson mentioning the library tax that’s extracted from homeowners. Pearson, who sits on the non-profit’s action committee, said he is on a mission to restore a library branch to the city’s northern quarters.

The city’s library system does have a very small space inside the Christopher Hope Center on Temple Street from which it operates a tiny makeshift library.

For the most part, Spencer, Martinez, Ovalles, and Redmon collected some intelligence on issues that are likely to surface during both the special election in November of this year and the municipal election in May of next year.

Staton was appointed by the council to fill in for former bribe-taking 1st Ward councilman Anthony Davis.