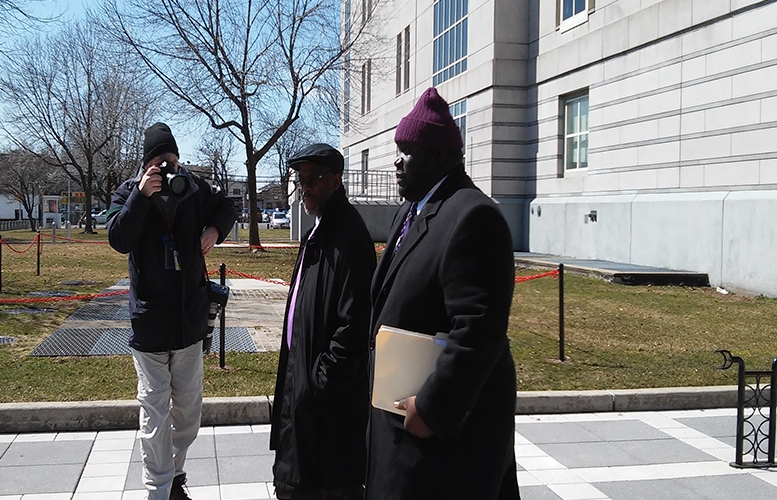 Former 1st Ward city councilman Anthony Davis was sentenced to 24 months in prison by United States judge William Walls on Wednesday morning for taking $10,000 in bribe payments from an informant posing as an out-of-state developer.

“Why did you do it?” asked Walls during the sentencing.

“It just wasn’t clear judgment,” answered Davis. He said at the time he was going through divorce and was on the verge of losing his house. “[I] just wasn’t myself,” said Davis.

“No one put a gun to your head,” remarked Walls.

Davis said the money was going towards helping the city’s youth. The judge was visibly irritated at the former councilman’s response.

“The evidence shows that first pool of $5,000 was used [by Davis],” said Khanna, “to stay in office in an election that ended up being very close.”

Khanna said the money was not reported in Davis’ election campaign finance reports to the state.

Davis’ attorney Randy Davenport argued his client was an exemplary figure in the community often entering burning buildings to help residents. He said Davis also went out of his way to help residents during Hurricane Irene when the city was underwater for days.

Davis has been a role model and has been a positive influence on the city’s youth, said Davenport. The attorney said Davis has a non-profit organization whose aim is to help young people.

Walls said Davis has to complete some sort of a prison sentence to the dismay of a packed courtroom filled with friends and family members of the disgraced councilman. Walls said the sentence has to tell others that what Davis did ought not to be done.

“A lot of people go into public service not to really help the public, but to make money legally or illegally,” said Walls. “There’s really no excuse for him to sell his soul for $10,000 other than greed,” said the judge.

Davis was making roughly $90,000 annually from his post at the Passaic County Community College and his council post, said the judge.

Davenport submitted a large number of recommendation letters to the judge that testified to Davis’ good character. In fact, well over two dozen people were in the court room in Newark showing their support for Davis.

Among them were school board members Errol Kerr, Chrystal Cleaves, Christopher Irving. Assemblyman Benjie Wimberly said he came to show his support for Davis after the sentencing.

Davis pleaded guilty to taking bribes in early December. Authorities said he accepted the first bribe payment of $5,000 from the informant on April 20th, 2012 in Wayne. The payment was in return for Davis’ pledge to assist the developer in furthering his business.

The former councilman held meetings with the purported developer between July 6th, 2012 and July 25th, 2012 to extract additional money from the informant in exchange for a letter of support.

Davis, who at the time served as the city council president, agreed to provide the developer a letter indicating the city’s governing body was in support of the informant’s endeavors in the city.

On July 25th, 2012, Davis met inside the informant’s car and accepted $5,000 in cash in exchange for the letter, according to authorities.

Davis resigned his council seat the same week he pleaded guilty to bribery charges. The council opted to appoint community leader James Staton to represent the 1st Ward until a special election is held in November 2015.

For much of the sentencing the judge railed against public officials who abuse the trust of their constituencies. Walls also made a reference to former corrupt city mayor Martin Barnes. “It’s like a way of life for politicians in New Jersey,” said the judge. “They don’t learn from what happened to other people.”

“I offer no excuse,” said Davis. “I truly regret my conduct.”

Davis will surrender himself to U.S. Marshals on June 8th, 2015 to begin serving his sentence, said the judge.