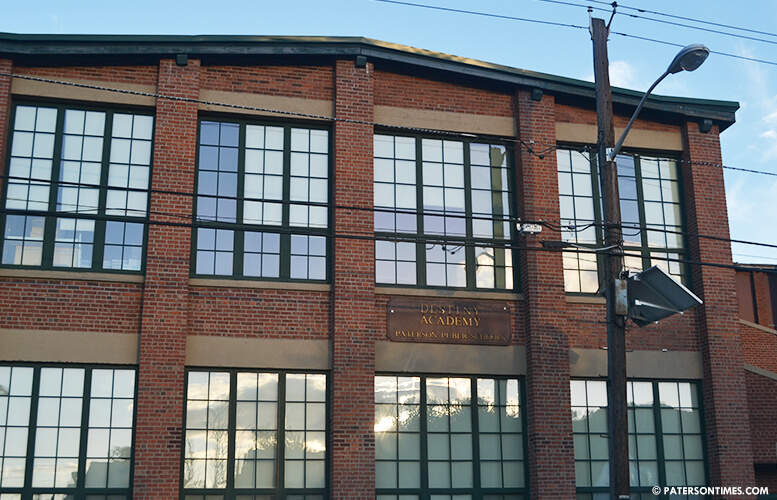 The city’s school district addressed five workers health and safety violations at the Boris Kroll Mill building that were uncovered during a late September inspection by the New Jersey Department of Labor.

The New Jersey Department of Labor and Workforce Development’s Office of Public Employees’ Occupational Safety Health (OPEOSH) cited the district for four “serious” violations and one “other-than-serious” violation on September 21st, 2015. A serious violation occurs when a workplace hazard could cause an accident or illness resulting in death or serious physical harm.

Inspectors found exit routes were obstructed and there were missing treads on staircases. Room 105 with storage boxes at the building “posed a tripping hazard,” according to the violation notice the district received in October.

“The ceilings,” in several locations, read the notice, “showed prior seepage of water next to electrical light fixtures creating an electrical hazard.” Inspectors at the building that houses Destiny, Great Falls, and Yes Academies also uncovered electrical outlets without covers in room 116 and 107, according to the notice.

The one “other-than-serious” violation resulted from portable fire extinguishers that were not annually maintained, according to the notice.

The district was ordered to abate the tripping hazard and uncovered electrical outlets by October 15th, 2015. The obstructed exit routes were ordered to be corrected by November 17th, 2015, according to the notice. The ceiling leak near the electrical fixture and poorly maintained fire extinguisher were ordered to be abated by December 2nd, 2015.

The district potentially faced $27,000 in fines per day for all five violations if the “unsafe or unhealthful working conditions” remained unabated.

District spokeswoman Terry Corallo on Tuesday afternoon said all of the conditions cited in the notice have been abated.

Some at the school thought that the district had to vacate the building due to the violations. Kerri Gatling, spokeswoman for the the New Jersey Department of Labor, said the department can only issue an order to comply to eliminate employee exposure to identified hazards, but could not order the evacuation of a building.

“They were not extraordinarily serious,” said school board president Jonathan Hodges of the violations. He said there were some storage boxes in the way and staircases were missing treads. “They were that kind of violations that didn’t require a great deal of work,” he said.

The school board president often blames the state for the antiquated school buildings, some of which are more than 100 years old.

“We’re trying to get by with some of the worst facilities in the state of New Jersey,” said Hodges.