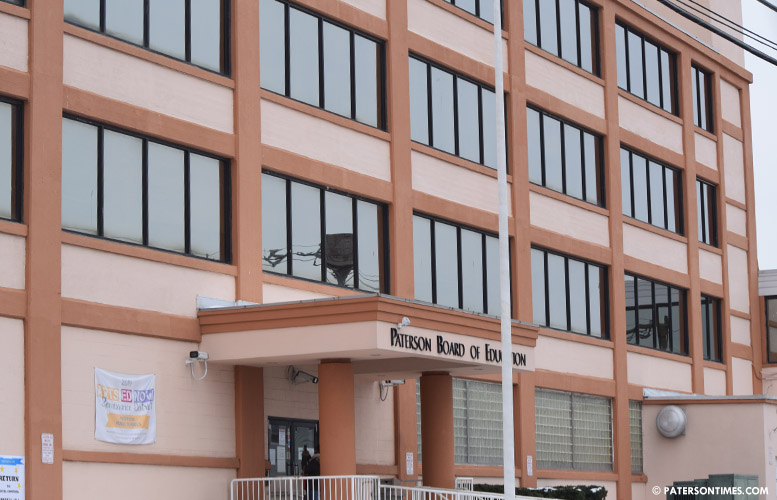 Superintendent Eileen Shafer has just one year remaining in her contract at the Paterson Public Schools.

Shafer’s contract expires on June 30, 2022. School board members are divided on whether to initiate the process to find a new superintendent or extend Shafer’s contract.

One faction of the school board tried to start the process to seek proposals to hire a firm to begin a new superintendent search last month, but the measure failed. The same group tried again last Wednesday – it failed again.

“It’s really about the board’s options,” said school board president Kenneth Simmons. He said he wants to ensure all options are on the table as Shafer’s contract nears expiration.

Simmons pointed out it will take months to receive proposals from search firms and review them. But the clock is ticking. Shafer’s contract will automatically be renewed for another four years in February 2022, said Simmons.

District’s general counsel Khalifah Shabazz said the Board of Education has to give Shafer a notice of non-renewal by February 1, 2022 if it no longer wishes to keep her as superintendent.

“Those who fail to plan, plan to fail,” said Simmons. “I don’t want to be in that position. I want us to be prepared for whatever direction we want to go in.”

Simmons is part of the faction that includes school board members Manny Martinez, Oshin Castillo, and Nakima Redmon. Vincent Arrington, who often votes with them, has to recuse himself because his wife works in the district.

“We need consistency right now,” said school board member Emanuel Capers. He suggested extending Shafer’s contract by another year to ensure stability as the district returns to in-person learning after being closed since March 2020 and moves to restructure its failing high schools.

Capers is part of the faction that includes Corey Teague, Jonathan Hodges, and Dania Martinez.

The measure seeking proposals to hire a search firm failed both times in a 4-4 vote.

Simmons and Martinez appeared to blame Capers for the deadlock, claiming he has been having side conversations and influencing other board members.

Simmons accused Capers of spreading “misinformation” last Monday. A rumor has been circulating that Simmons’ faction is attempting to run a rigged process to recruit former school board member Christopher Irving.

Irving is currently serving as superintendent of Teaneck. He was nearly fired by the Board of Education there last month.

“I can tell you this was never about him,” said Simmons, who works in Teaneck as a technical support specialist, when asked about the rumor.

Teague indicated he still has a bad taste in his mouth from Paterson’s last superintendent search, which was widely viewed as “rigged” and “corrupt.” That search process was allegedly rigged in Shafer’s favor.

Simmons suggested extending Shafer’s contract for another year is likely to end in a tie vote as well.

Shafer took office after former state-appointed district superintendent Donnie Evans resigned in 2017. She had been Evans’ deputy. Her tenure as superintendent has been a rocky one. Graduation rates have dropped two years in a row. Academic improvements have been stagnant. And she has filed tenure charges against a popular gym teacher for, among other things, ostensible libel and slander.

The school district was also woefully unprepared when the coronavirus pandemic struck. Most students lacked computer devices to receive an online education. Shafer worked to ensure all students had laptops by October 2020.

Shafer is among the highest paid superintendents in New Jersey. Her salary is $267,900.

Simmons said Shafer has informally indicated she would be interested in an one-year extension.

Shafer did not respond to a message sent to the district’s spokesman seeking her comment for this story.

Shafer said she remains “committed” to the district and will continue to “do what’s right for the children in Paterson.”

School board members last Monday revealed they have been having conversations about the superintendent search, including in closed-door meetings. Castillo cited an executive session in February 2021 where the subject was discussed.

But those closed-door discussions may have violated the Open Public Meetings Act.

“If you have, as the board, in fact, had conversation about a search process in executive session then the Sunshine Law may have been broken because a search process is neither legal nor personnel,” said Rosie Grant, executive director for the Paterson Education Fund.

Grant suggested the Board of Education is doing things in an incorrect order.

“Before you hire a search firm, you should be deciding whether or not you will renew the superintendent’s contract. One decision has to be made before the other,” said Grant.