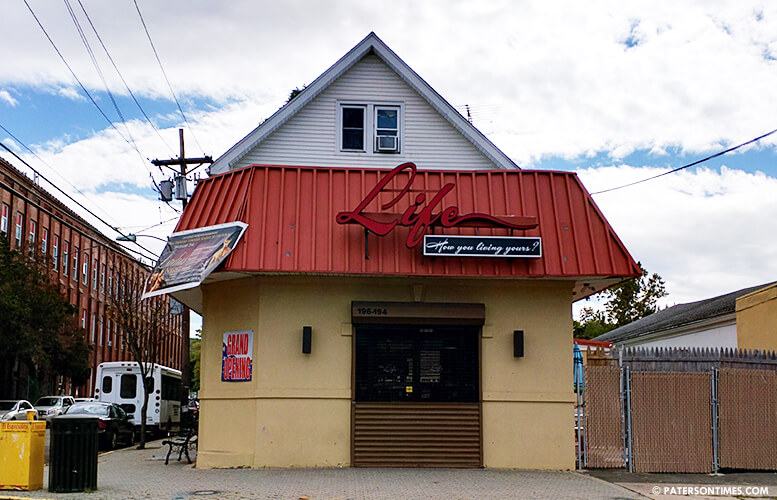 In a contentious vote the city council approved entertainment and dance hall licenses for a troublesome Union Avenue nightclub that residents said has been disturbing their quality-of-life in the quiet Hillcrest section.

Life Lounge, located at 196 Union Avenue, was approved for both licenses in a narrow vote on Tuesday night. Mohammed Akhtaruzzaman, 2nd Ward councilman, argued against giving entertainment and dance hall licenses to the bar which is also known as Passion Lounge.

“I don’t want to give you a third chance,” said Akhtaruzzaman to the bar’s owner. “I already gave you a second chance.”

An area business owner and a resident objected to granting the establishment the licenses.

“It will be a repeated problem,” said Corey Eopechino, owner of Grand Motor Sales located across the street from the lounge. He said patrons from the lounge often park in front of his car dealership to smoke marijuana and drink alcohol.

There’s been fights, there’s been riots, said Eopechino. He said at times police have to disburse unruly patrons exiting the establishment at 3 a.m.

Joana Martinez, the bar’s owner, claimed the individuals drinking and doing drugs outside the business are not her patrons. Eopechino said he picked up drink cups on his lot with alcohol, fruits, and straws suggesting they were dropped by Martinez’s patrons.

Martinez, speaking through her husband Jose Castillo, said she cleans up near her bar with a black bag after the establishment closes at the end of the night. She said she stopped through late night parties at her establishment a year ago.

The council did not have the usual police and Alcoholic Beverage Control (ABC) Board reports on the establishment. Castillo said there had not been any police reports in the past year. He said his wife has private security at the location.

Though both Martinez and Castillo claimed the bar has fixed its act, a resident said otherwise.

“They have all these parties,” said Chris Perez, a Linwood Avenue resident. “They come down my block and they continue the party there.”

Perez said the intoxicated loud crowds gather on his block at 3-4 a.m. with loud music and continue partying. He finds condoms and other trash on his sidewalk. He said he can smell the marijuana odor from inside of his home.

Akhtaruzzaman last year gave Martinez a second chance despite a number of calls for service and a liquor license suspension by approving the renewals. However, this year he spoke out against the establishment and solidly opposed granting of any licenses to the establishment.

“For a few months I haven’t seen any parties,” said Davila. She said she frequents the area because her constituent services office is located about four blocks from the nightspot.

Andre Sayegh, 6th Ward councilman, voted against. “It reminded me of the Lave Lounge,” he said referencing a troublesome South Paterson bar neighbors shut down. He said when that bar was spiraling out of control the owners were renting it out to just about anyone.

Akhtaruzzaman said he visited the location several times. Each time he was told the owner was not around and the individual hosting the party was renting for the night, he said.

James Staton, 1st Ward councilman; and Julio Tavarez, 5th Ward councilman voted against granting the two licenses. Kenneth Morris, councilman at-large, who was not present during much of the hearing, abstained.

Martinez appeared to have been denied the licenses. An emotional Davila, following a negative vote, had to be calmed by McKoy.

Davila said she voted in favor due to a lack of new police reports on the bar. After the vote, Tavarez proposed a reconsideration to grant temporary three-month licenses to the lounge. He wanted to give Martinez another chance to address the problems.

Law director Domenick Stampone said the council could not approve each of the licenses for a three-month period. He said there’s no ordinance allowing temporary licenses.

“I don’t want to trap him,” said Tavarez of Perez, “in a year worth of problem.” Even though temporary three-month licenses could not be issued to Martinez, Tavarez pushed forward a reconsideration vote.

Davila, Cotton, Tavarez, and McKoy voted to grant the bar the show and dance licenses.

Akhtaruzzaman, Sayegh, and Staton voted against.

After the vote city activist Waheedah Muhammad rebuked council members particularly Tavarez for approving the licenses for the troublesome nightclub.

“I really wish you had stuck to your guns,” said a disapproving Muhammad.