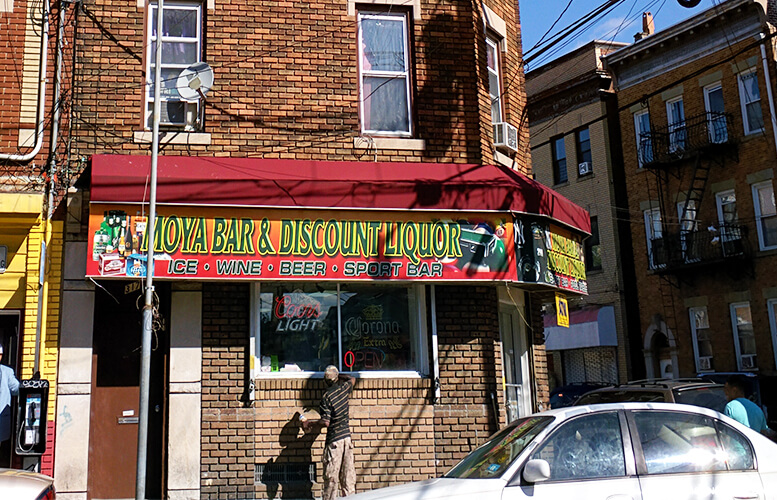 The 21st Avenue liquor store Moya’s Bar and Discount Liquors was issued a 100-day suspension for selling after the legal hour and for selling to underage patrons.

The city’s Alcoholic Beverage Control (ABC) Board issued the suspension on Wednesday, October 14th, 2015. Located at 317 21st Avenue the business has a lengthy record of violations.

Moya Bar and Discount Liquor — Owned by Xem Enterprises — was cited on September 6th, 2014 for selling alcohol after the legal hour, according to city records.

The next month on October 4th, 2014, the business was citied again for selling after the legal hour. The same day the establishment was caught selling alcohol to a 19-year-old patron, according to city records.

On November 20th, 2014, the liquor store sold hard liquor before 9 a.m. and again after 10 p.m. It also sold to an underage patron the same day.

The violations continued into 2015. The establishment was cited on January 11th, 2015, yet again for selling liquor to an underage undercover police officer.

What steps is she taking to address the repeated violations? asked Octavio Aguilar, board commissioner. Theresa Richardson, attorney for the establishment, said the owner and staff members will be taking a class on underage drinking.

The bar’s owner Xiomara Moya was repeatedly told she was given a lenient punishment for so many violations.

“Next time this board will not be as generous to give 100 days,” said Aguilar.

“What will she do about the after hour?” asked Juan Hernandez, board commissioner.

Richardson said Moya intends to sell the establishment which has a lengthy history of violations that will carry over to the new owner. The violations are attached to licenses and not owners or individuals, according to the board.