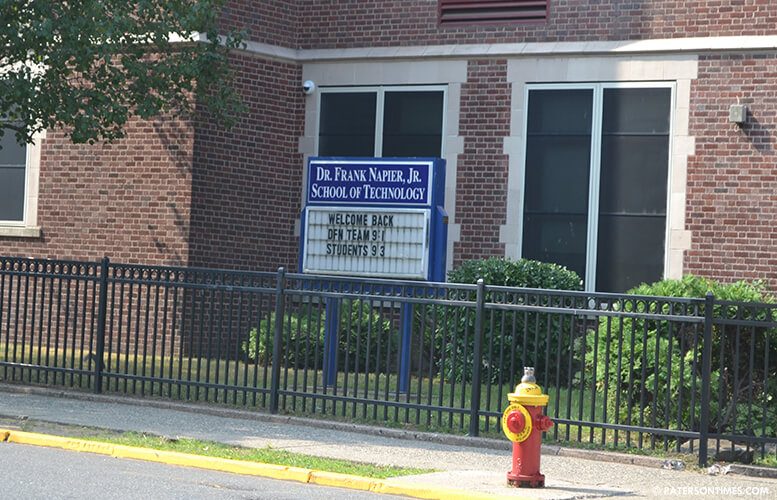 The fire at Napier Academy that resulted in cancellation of classes for a day in mid-October caused approximately $267,000 in damages, according to the school district.

Steve Morlino, facilities director at the district, said the damages are covered by an insurance policy the district has. He said everything after a $50,000 deductible is covered by insurance.

The fire broke out at about 1 p.m. on October 15th, 2015 at the Clinton Street school. A third-floor classroom, where the fire was contained, was badly damaged, according to district officials.

School board president Jonathan Hodges said a data cable caused the fire in the classroom. He said a serrated prevented the fire from spreading to other parts of the building.

Hodges said in November the district experienced a rash of small fires at some of its schools. In New Roberto Clemente a trash receptacle at the boy’s room caught on fire. At School 10 a faulty water heater caused a fire in the basement, he said.

Morlino said the district is still counting the damages and that $267,000 could climb higher.