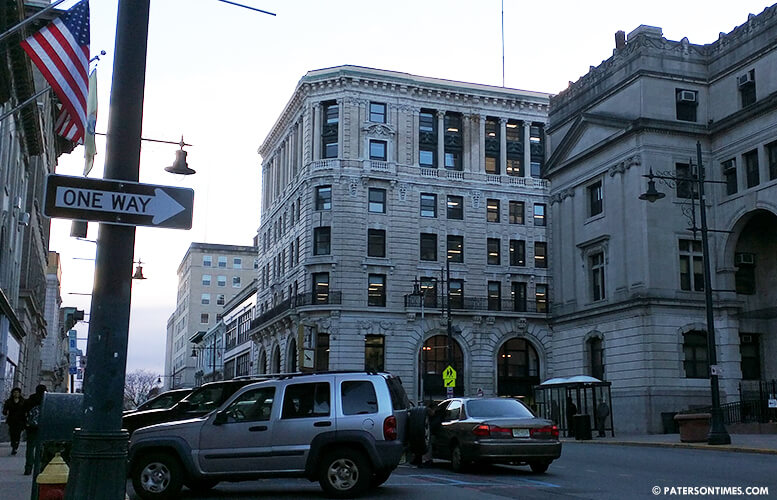 After months of delays students of Harp and Yes Academies started classes at the Colt Street building on Monday morning.

“Students from both schools have been exemplary,” said a teacher, who worked during the winter break to prepare for the opening of school today. “They have interacted without incidents and seem genuinely excited about the building.”

Many other teachers also worked during their break to unpack and prepare classrooms for students. However, boxes and furniture were scattered throughout the school building as classrooms were in varying stages of unpacking, said another teacher.

Storage cabinets and some other furniture have yet to arrive and many things were on the floor, said teachers.

“Although the remodeling issues are largely completed, most if not all classrooms are not prepared for students,” said a teacher.

District spokeswoman Terry Corallo, who was at the school today, said she saw most of the classrooms were setup, cafeteria was operational, and classes were in session. “There are some supplies that are still being situated to their proper location,” she said.

The teachers said they could have used a little more time to unpack the boxes. Some also reported there was no internet access, but said there were people at the building working to resolve the issue. There was internet at the building, but there were issues with the external phone lines that were being fixed, said Corallo.

The two high schools have approximately 350 students. Many were eager to start classes at the new building. Harp Academy was located at the old Paterson Mall which many have said was a substandard building.

Yes Academy was placed inside what student said was the overcrowded Destiny Academy building on State Street.

Their eagerness bred acrimony few months ago. Harp Academy parents and students did not wish to share the building with Yes Academy, an alternative high school, leading to a walkout protest. Yes Academy students protested marching to the district office convincing state-appointed district superintendent Donnie Evans to include them in the plan. Evans had excluded them from the building after Harp Academy students and parents objected.

The two groups of students exchanged threats over social media, said Corey Teague, school board member. “It got pretty out of hand last year,” he said. He said detectives had to be called in to investigate the threats.

“The district went to great lengths to bring the two groups together,” said school board president Jonathan Hodges, who said he was pleased to see the two groups got on well turning the first day into a successful opening.

Teague said there was one complaint on social media about the lunch being served in the school.

Students were slated to begin classes at the school on September 3rd, 2015. Building inspection and wireless connections were cited as the causes for the delay. The delays dragged on until mid-December when city officials said they were waiting on documents from the building’s owner to conduct inspections.

Teague said he is still concerned about the emergency evacuation plan that takes students through a fire escape. The building’s owner has installed a platform at the point where the students walk through a roof to assuage parents and education advocates safety fears, according to district officials.

The district is leasing the 50,000 square feet facility in the corner of Ellison and Colt Streets, next to the city hall building, for $500,000. In the meantime, the district continued to have a month-to-month lease agreement with the owner of the old Paterson Mall on Main Street.

Corallo said that a decision on the month-to-month lease with the mall will be made in the next couple of weeks.

A teacher said the district could have better handled the relocation. “The only saving grace has been the dedication of the teachers and the remarkable maturity of the students despite the adversity,” said the teacher. “As hopeful as we are to reach the light that we can finally see at the end of this tunnel, someone still needs to be held accountable for this disaster of a school year.”