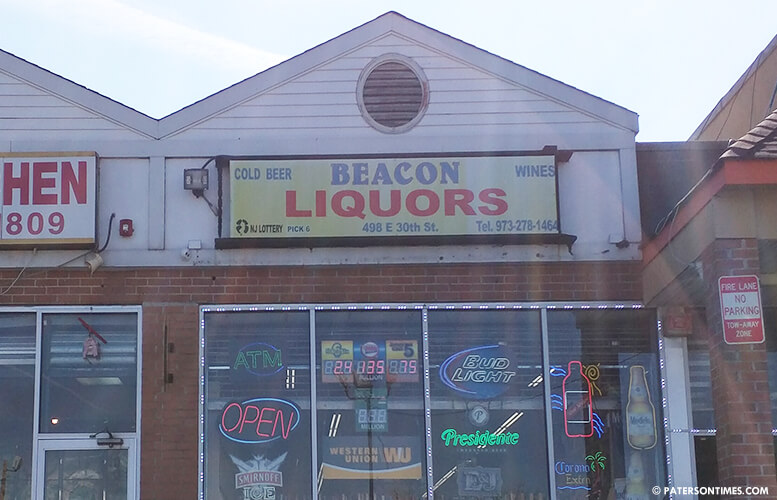 The city’s Alcoholic Beverage Control (ABC) Board suspended four liquor establishments and issued probation to another on Wednesday evening.

The longest suspension was issued to Kings Bar and Liquors also known as Estrella Bar and Liquors of 12th Avenue. The bar received a 20-day suspension for a third offense having to do with illegal activity at the establishment, according to the board.

Estrella Bar and Liquors located at 291 12th Avenue was found to have marijuana and an illegal weapon at the location on November 30th, 2015, according to the board. The bar is already serving a 125-day license suspension. The new days will be stacked on top of the previous suspension period, said officials.

A fourth offense involving illegal activity will result in license revocation for Estrella Bar and Liquors, according to the board. The business’ attorney Jonathan Mincis said his client has installed cameras at the location.

The second lengthiest suspension was issued to Riverside Liquors of River Street which was given a 13-day closure. The bar failed to display fetal alcohol syndrome warning posters, failed to keep on hand a long form liquor license application, and had an unlicensed pool table at the establishment, according to the city.

The owner of Riverside Liquors located at 402 River Street was notified via mail, but did not appear before the board on Wednesday.

The third longest suspension was given to D’Classico Restaurant located at 58 Ellison Street. The business was issued a 3-day suspension for exceeding maximum capacity and becoming a nuisance, according to city records.

D’Classico was cited for the violations on February 6th, 2016. Attorney for the business Alan Mariconda said a party taking place at the site that day was oversold resulting in a large crowd. He said the owner cooperated with police which resulted in the lenient 3-day suspension.

The board also suspended Ranchi City bar located at 472 Market Street. The bar was given a 2-day suspension for failing to have an employee worksheet and for failure to display fetal alcohol syndrome warning posters.

Police cited Ranchi City on February 5th, 2016. This business also failed to appear before the board.

Commissioner Octavio Aguilar wanted to issue a far more lengthy suspension; however, the board’s attorney informed him the suspensions were limited by state statute.

The final establishment the board acted on was Beacon Liquors located at 498 East 30th Street which was given a 30-day probation.

Beacon Liquors was cited on November 11th, 2015 for buying alcohol from a prohibited source and for selling loose cigarettes.

ABC officials said the business cooperated with police to justify the probation period as opposed to suspending the business.

“The officers said he has been very helpful,” said commissioner James Briggs. The business did not have any prior violations, said officials.