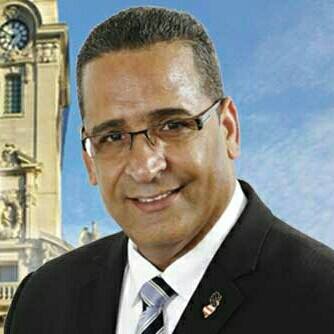 City council candidate Luis Velez has filed a lawsuit on Monday to nullify the candidacy of Wendy Guzman in the 5th Ward municipal election alleging some of her petitions were duplicate, had non-matching signatures, and at least one was forged, according to court documents.

Velez’s lawsuit states Guzman submitted 109 petitions to the city clerk’s office to qualify for a run. Out of that three were deemed “invalid” by the clerk, according to the lawsuit, leaving 106 valid petitions.

City clerk Sonia Gordon said her office qualified only the 106 ballots to certify Guzman. She said she did not qualify the other three ballots over the minimum needed to be certified.

A candidate needs 106 valid petition to qualify to be on the ballot for the 5th Ward election. Velez is questioning 10 nominating petitions

The lawsuit states at least 5 petitions “had signatures that did not match the signatures of the voters on record.” 3 petitions had “improper addresses” that were not “properly registered as voters,” according to the complaint.

1 petition was an alleged “forgery,” according to the lawsuit. And another was a duplicate, states the complaint.

Velez objected to the petitions with the city clerk, who is also named in the lawsuit. “Those objections were disallowed by the Paterson Municipal Clerk,” reads the complaint.

“Mr. Luis Velez is using deceptive tactics to fabricate a false impression about my petitions,” said Guzman. She said the city clerk certified her as a candidate in January.

The clerk’s office said Guzman continues to remain certified as a candidate.

Alfred Gellene, the attorney for Velez, said his client would like to see Guzman disqualified for the run.

Gellene said a successful lawsuit will result in a drop in Guzman’s nominating petition count ultimately disqualifying her for a run.

Gellene said he is hoping for a speedy hearing before a judge. He said election cases are heard in court in a speedy fashion. He is hoping the ballots will not be printed with Guzman’s name until after the case has been decided.

“I’m hoping they have the wisdom to wait,” he said.

Gordon said the ballots will likely be printed by early May. She said in municipal elections the city clerk is responsible for the printing of the ballots.

The city clerk said she will print them as usual unless she receives a court order or letter informing her to delay the printing of the ballot.