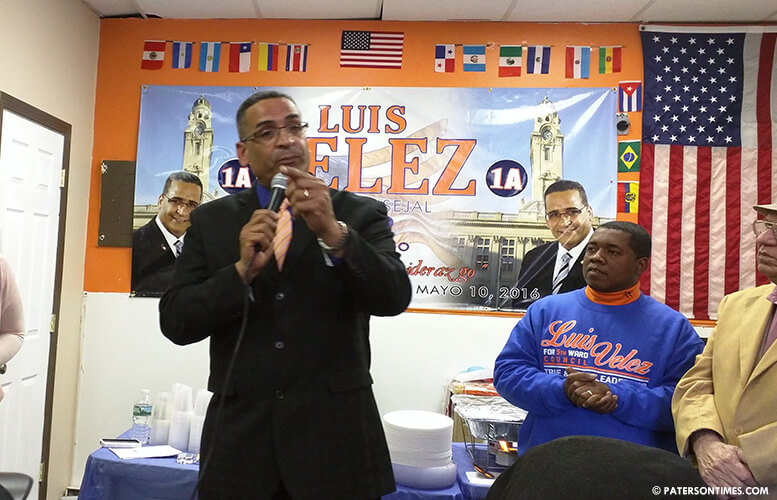 Cleaves has enlisted a person with a “bad track record” to serve as treasurer, said Luis Velez on Thursday afternoon. “If I was her I wouldn’t even look at her [Makle] given her track record as director,” he said.

Velez is battling Cleaves and Wendy Guzman for the 5th Ward council.

Makle’s record that’s under the microscope this week is the $877,500 settlement money taxpayers had to dole to settle lawsuits that employees filed against the city alleging Makle retaliated, discriminated, or mistreated them.

The almost $900,000 is without counting the legal expenses the city incurred in defending Makle in court. This week, taxpayers paid $400,000 to Montaha Deeb to settle a lawsuit that stemmed from Makle’s alleged mistreatment of Deeb.

“What are we going to bring to the city? The same thing?” asked Velez. “It’s not fair for the residents of the 5th Ward.”

Cleaves said if Velez wants to know why she hired Makle as treasurer he should give her a call. “If he wants to know tell him to give me a call because that’s my business,” said Cleaves.

Cleaves said she is not familiar with the details of the case that led to the $400,000 settlement to make a comment. “I can’t comment because I don’t know all of the facts or details about the lawsuit,” said Cleaves.

Cleaves said she has not broached this subject with Makle.

“Lanisha Makle is my friend and she has been my friend for many years. I can’t speak ill about Lanisha,” said Cleaves on Friday afternoon.

Makle served as community development director under former mayor Jeffery Jones. She was suspended for 90 days by the municipal council in the aftermath of hurricane Irene for her role in an alleged conspiracy to produce bogus overtime timesheets.

“I scrutinize deeply the people that work in my campaign,” said Velez. He said his treasurer is a teacher and an accountant.

Guzman did not return a call for comment on Friday afternoon.