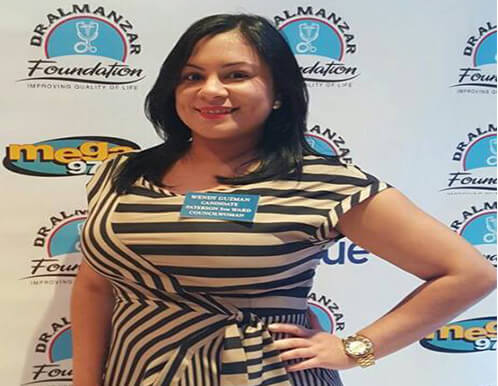 A New Jersey Superior Court judge on Tuesday afternoon ruled in favor of Wendy Guzman in a case filed by Luis Velez earlier in the month alleging many of Guzman’s nominating petitions were invalid.

Judge Ernest Caposela laboriously checked the signatures on each of the questioned petitions. He concluded Guzman had the needed 106 valid petitions to remain on the ballot for the May municipal elections.

Caposela compared the signatures on the nominating petitions with those maintained by the Passaic County Superintendent of Election.

Velez sued to disqualify Guzman over 10 petitions. He found 5 petitions had signatures that did not match with signatures on record for the voters. 3 petitions had “improper addresses”. One petition was a “forgery” and another was a duplicate, according to his court filings.

Caposela first ruled on the 3 petitions that were not qualified by the city clerk. He concluded three of them were valid. Even one that had an inconsistent address. The judge said the address of the voter in question was in the same ward.

Voters are able to change addresses up until 18 days prior to the election, according to lawyers at the proceeding.

Much of the discussion was focused on the alleged forged nominating petition belonging to Jacinto Delgado.

Delgado in court said he never signed a nominating petition for Guzman. He alleged someone submitted a petition on his behalf and forged his signature.

As the hearing continued, Delgado said he changed his signature six-month ago, after he became the victim of a scam. This raised fresh doubts about Delgado’s credibility that Susan Champion, former city law director, and Guzman’s lawyer, pointed out.

There’s also the man, Alejandro Estevez Diaz, who allegedly got the signed petition from Delgado. Diaz said Delgado signed the petition in front of him.

“The facts are so nebulous, I can never justify throwing all the petitions out,” said Caposela.

Gellene argued Delgado vehemently denied that he had signed the nominating petition. He said all the petitions should be thrown out because Guzman submitted an alleged fraudulent petition.

Caposela did not agree with Gellene’s argument. He found Guzman had the bare minimum petitions to continue her run.

Guzman’s supporters, about a dozen of them, clapped and celebrated.

“He [Velez] wanted to put me down. He accused me of forgery. That’s something not in my ethics. It’s a low blow,” said Guzman after the judge’s ruling. “It’s a very sad situation when a candidate has to resort to something like this.”

The judge told Velez he can file an appeal if he wishes. Velez indicated he does not plan on filing an appeal.

“I think I will win the appeal in May,” said Luis.

A jubilant Guzman said the case has emboldened her to campaign hard so as to win in May.