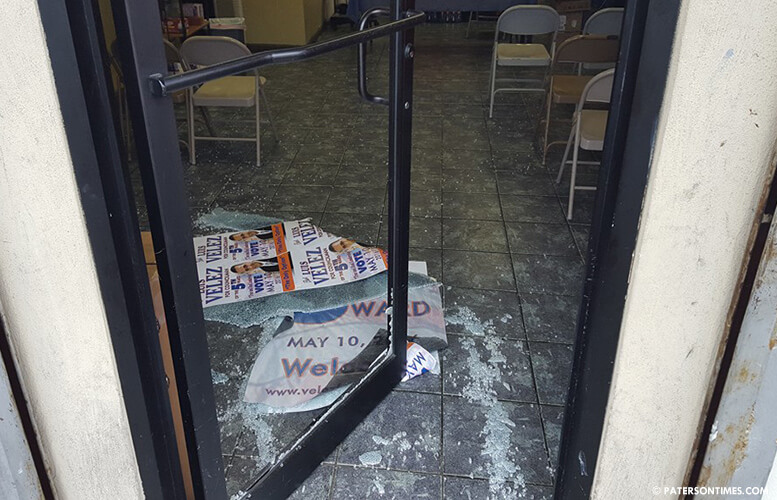 “They want to scare me, but it won’t work,” said Velez on Friday afternoon without ascribing blame to any of his opponents. He said he came in the morning to open his headquarter to find the front door was smashed and the storefront was badly damaged. 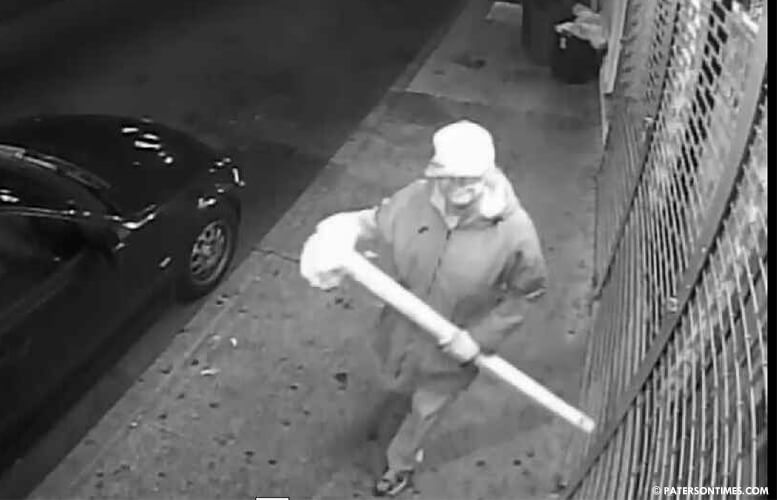 Surveillance camera image of the alleged vandal provided by Velez.

Velez said surveillance footage shows a Hispanic male hitting the glass with an object used by car mechanics. Surveillance camera footage shows a man clad in baseball cap and hoodie wielding a large object in front of Velez’s campaign headquarter at about 3:52 a.m. He said two holes were made to the glass of the storefront and the entrance door glass was completely smashed.

“All the glasses are broken,” said Velez.

Velez said he has turned over the footage to detectives investigating the case.

“People should not be threatened from running for office,” said police director Jerry Speziale. “It will be thoroughly investigated.” He said intimidating a candidate amounts to a civil rights violation.

“It’s really sad with all the crime and vandalism that’s happening in our city,” said Wendy Guzman, Velez’s main rival in the race. “I don’t wish anything negative on anyone running for office. I really hope they capture the person responsible for it.”

Chrystal Cleaves, who is also in the race, could not immediately be reached for comments.

Velez recently sued Guzman to disqualify her run for office based on irregularities with some of her petitions. A New Jersey Superior Court judge ruled in Guzman’s favor. The judge determined Guzman had just the bare minimum number of petitions to run for office.

“They made be stronger,” said Velez, undeterred by the vandalism of his campaign headquarter located at 353 Summer Street. “I’m not going to back off.”