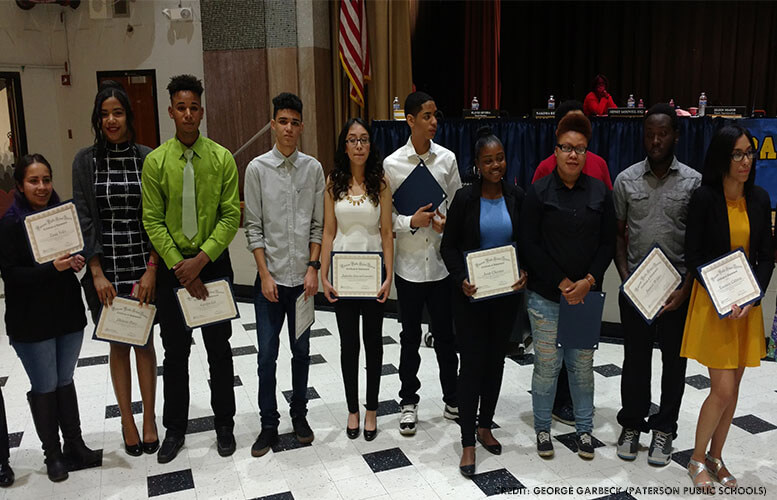 State-appointed district superintendent Donnie Evans and the board of education members recognized the students with certificates on Wednesday night.

“These students have made us all proud,” said Evans. “They are the many success stories taking place in our district.”

“Job well done. Greatness does reside in Paterson,” said school board vice president Chrystal Cleaves at the board meeting.

The district also recognized other students for various awards and a teacher at the same presentation. Yes Academy student Aaron Miller was recognized for his acceptance to the Disney Dreamers Academy.

“These children don’t get the accolades that students in some other schools do. We need to establish them as examples. These are the students we want our students to model themselves after,” said another board member Jonathan Hodges.

The students he challenged were from a summer course he taught in Seattle focusing on interesting math paradoxes. He was nominated by one of his former students, who lives in California, for the award.

Seidler challenges his students the same way at the School of Education and Training at John F. Kennedy High School.