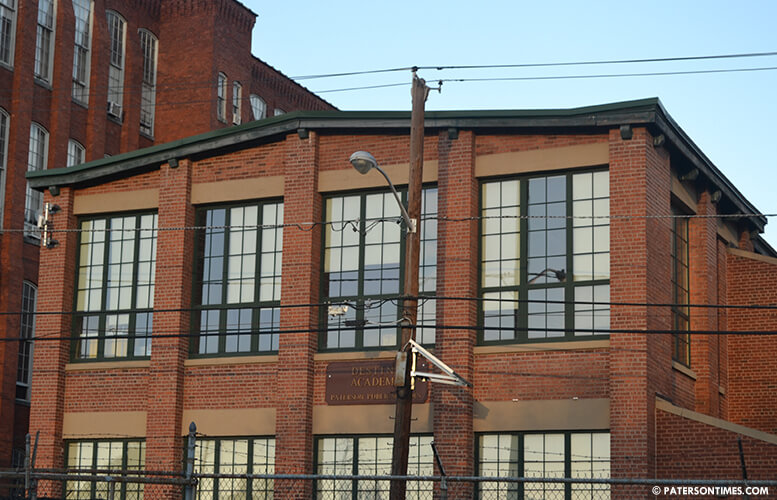 The city’s school district intends on subleasing its leased building on State Street at 53-percent discount to the Philip’s Academy Charter School of Paterson.

State-appointed district superintendent Donnie Evans said the district has been leasing the building for several years and no longer needs the facility for the upcoming school year.

“Unfortunately, the district has to pay the lease for one additional year even though it is not needed,” said Evans. The district’s lease agreement for the building at 47 State Street, known as the Boris Kroll Mill, ends on June 30th, 2017.

“My decision is not intended to demonstrate support or lack of support for charter schools.  It is intended to help generate funds to keep the district afloat,” said Evans.

School board president Christopher Irving said he was told the school system will either receive some revenue or no revenue at all.

“I was told that was the best deal we can get,” said Irving on Monday afternoon. “This is Dr. Evan’s decision. I found out last minute.”

School board member Jonathan Hodges postponed a vote on the sublease agreement at its meeting last week. He said he wants to have a deeper discussion on the agreement before approving it.

Hodges, who does not support charter schools, blamed the state for the financially losing agreement. He acknowledged the superintendent in the state-operated school district can move on the agreement without the board’s approval.

“I’m not too familiar with the whole transaction. I found out last week,” said board member Flavio Rivera, who serves as the chairman for the fiscal committee.

“I have a problem with subleasing to Philips Academy,” said board member Errol Kerr. “If Philips did not have a location to open the district would not pay that money,” he said referring to the money the district will have to pay to the charter school.

“We cannot prevent them from opening,” said Rivera. He said if the district decides not to lease the space the school may be able to find space elsewhere.

“If they want it they should pay the full price,” said Kerr.