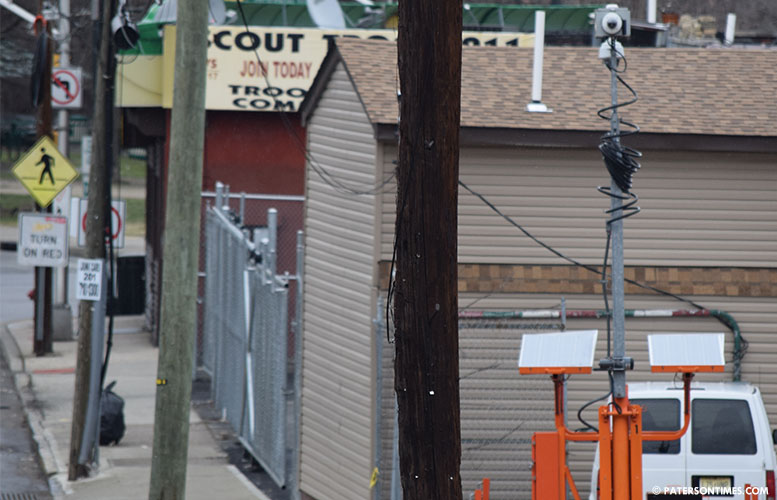 The site of a proposed used car dealership on Ryle Avenue is a “priority site for acquisition” by middle of this year, according to economic development director Ruben Gomez. The piece of land sits at the mouth of the proposed gateway to the Great Falls Historical National Park from high traffic West Broadway.

This comes just weeks after the property’s owner Abdelmoeen Dandis of Hawthorne sought approval from the city’s Board of Adjustment to turn the lot at 70-78 Ryle Avenue into a used car dealership.

Dandis’ plan has been criticized by park advocates as a poor fit for the area. He claims his used car dealership proposal is “temporary” as he works out a deal with the city. The city and the owner have been negotiating a deal for the past two years.

“I told them just pay me the fair price,” said Dandis, who owns 8 other properties in the Silk City. “I have waited two years on those people to come and buy the property from me. I have had a lot of negotiations with them. I’m waiting, waiting, waiting.” He said in the meantime the unused property costs him $8,000 in insurance and taxes.

Dandis also had to fix the sidewalk of the property, he said. That cost him $12,000, he claimed.

Gomez said the city offered him the appraised amount for the property, but he wanted much more. The owner late last month claimed he has received a much higher offer from a buyer, but the city told him he could deduct his expenses by submitting paperwork to the city prior to the purchase.

Dandis said is seeking to temporarily operate a car dealership to cut his losses until the city acquires the property. He also said if the city does not acquire and the footprint of the national park becomes visible in the area he will convert it into a coffee shop with bike racks.

“I’m not the bad guy in this deal,” said Dandis. “I have to use it for something for now.” Gomez said he is searching for funds in his budget and will likely begin the acquisition process for this property in middle of this year.

The city also submitted an application to the New Jersey Department of Environmental Protection (DEP) seeking $2.5 million to acquire 15 properties on both sides of Ryle Avenue.