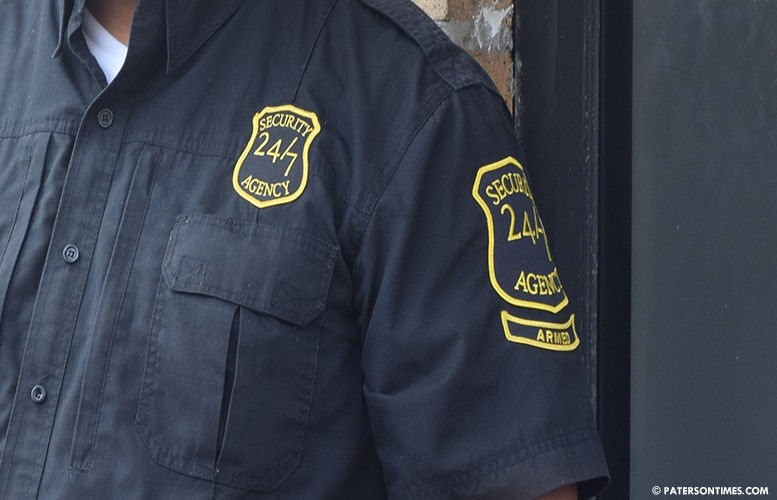 Months after driving out drug dealers and addicts from his Auburn Street apartment complex by deploying a pair of armed security guards, prominent city developer Charles Florio is pursuing similar strategies at his other properties.

Florio deployed six more armed security officers at the intersection of Hamilton Avenue and Rosa Parks Boulevard, 44 12th Avenue, and 92 Carroll Street. He now has a security force of eight armed guards and will have four patrol cars, he said. Their shift runs from 12 p.m. to 10 p.m., but there will be some variations.

Some days, the shift will run to midnight to keep trouble makers guessing.

“It’s much safer today than three months ago,” said Florio of Auburn Street. “42-50 Auburn. It’s night and day,” said Florio. “Sometimes they’d see 5-10 people shooting up inside of the apartment overnight. Now, we don’t see that.”

Community leaders have witnessed a drop in drug trafficking and other illegal activities in the area. “Yes, I did,” replied council president Ruby Cotton, who represents the 4th Ward, when asked if she saw a noticeable improvement. “You can actually see it.”

“The drug dealers are no longer going in and out of the building,” added pastor Allen Boyer of Bethel A.M.E. Church which is on the corner of Auburn Street and Governor Street. “Before, they used to rule the building. That’s not happening now.”

There has been a spillover effect. “Nobody thought Auburn Street would dry up like that,” said community activist Ernest Rucker. There were other measures taken like better illuminating the area to deter criminals.

Rucker was outside of 44 12th Avenue on Monday afternoon. A man in a hooded sweatshirt got out of a vehicle; walked towards the entrance of the apartment building; upon sight of the armed officer, he feigned walking down the street and turned the corner.

The story was similar on Rosa Parks Boulevard and Hamilton Avenue. The corner has a chicken joint across from the Bragg Funeral Home that allows gangs of people to hang out. The gang that was out there on Monday got the message. “It’s been clear since we have been out here,” said one of the two armed men posted at the corner.

Florio said the guards will be posted at the sites “indefinitely” until his tenants and neighbors feel safe. He first deployed two officers in February 2017. He recognized there’s enormous costs to maintaining the expanded security force.

The cost is $100,000 per month, he said. “Luckily for me, my business is making a profit,” he said. He recognized spending that much every month is not sustainable. He challenged both the Paterson Police Department and the Passaic County Sheriff’s Office to do more to restore safety and security to the 4th Ward where many live under siege.

“We don’t get into challenges,” remarked police director Jerry Speziale. He said he has not received any requests from Florio for extra attention in the area.

Speziale said there will be more patrols once the latest batch of hires – 29 officers — are deployed on the streets. He said the Narcotics Division has coordinated with Florio’s security when conducting raids to avoid friendly fire.

When told there were no patrol cars in the area when a reporter visited the troubled spots with open air drug markets, Speziale said sometimes police are patrolling using unmarked vehicles other times they are told to avoid an area when there’s planned surveillance and raids are being conducted.

Bill Maer, spokesman for Passaic County sheriff Richard Berdnik, did not respond to a message for comment.

Florio, who owns hundreds of properties in Paterson’s roughest areas, is undertaking a big renovation effort in the area. The increase presence will help his construction workers and other employees feel safe in the area, he said.

Some though are feeling threatened. At the Carroll Street location, a group that deals drugs confronted the armed officers and made it clear they will not be hindered. The group told the two guards there that the security cannot stop them from dealing drugs.

When all eight armed security officers converged on the scene, the group backed down, said Florio.