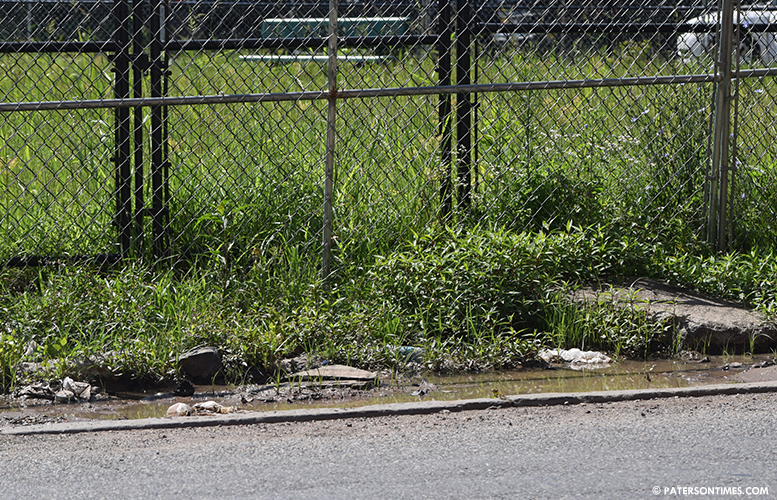 Councilman Michael Jackson, who represents the area where the new park is situated, said the money could be better spent making improvements to other parks used by young people.

“The need for a sidewalk in a flood ridden area that’s only going to be utilized for a dog park is really unnecessary,” said Jackson. “We don’t need a brand-new sidewalk at a dog park. This money could be better spent.”

Jackson suggested using the funds to increase manpower in the public works department to better maintain local parks. He also suggested filling the sidewalk area with gravel, for he reasoned, dogs do not need sidewalks.

“The sidewalk is not just for the dog park. It’s for us to walk on as well,” said Shahin Khalique, 2nd Ward councilman.

Public works director Manny Ojeda and business administrator Nellie Pou indicated the new park cannot be opened for the public unless sidewalks are installed. Ojeda said work on the park has been completed and only the sidewalks remain.

“So what the park can’t open. It was poor planning to begin with,” said Jackson.

“My issue is future liability. If someone trips and falls it’s going to cost us much more than $40,000,” said Kenneth Morris, councilman at-large.

Indeed, the city has paid out thousands of dollars to people who have suffered injuries from falling on sidewalks. For example, the city paid a woman $15,000 in May 2017 in a slip and fall lawsuit. Before that it paid out $10,000 in March 2017 to a man who injured himself on a walkway. In the second case, the man secured a $147,000 award. The city paid just 10-percent and the property owner had to pay the rest.

Morris said some people, like dog lovers, will “absolutely love” the new park, but others will see it as a waste. The location of the park appears to make sense, for the northern side of the city has more dogs than other areas. John DeCando, the city’s animal control officer, said the Lafayette Street firehouse conducts two separate rabies vaccination events every year to accommodate the large number of dogs in that area.

Other fire houses hold a single vaccination event for pets every year on Mother’s Day. “We had a lot of people show up,” he said on Thursday morning. He said 1,015 dogs and 118 cats were vaccinated in 2017.

The city in 2016 issued 1,016 dog licenses, according to the Paterson Division of Revenue. Every year dog owners have to pay approximately $15 to obtain licenses.

Bloomfield-based J.A. Alexander, Inc. was the lowest. Quotes ranged from $37,860 to $57,050. Mendez inquired why the city even needs to contract out something as simple as building sidewalks.

Ojeda said the city had a mason, but this individual left for a higher paying job elsewhere.

McKoy said hiring local firms help to create jobs in the community. “We seem to prefer other folks over our own,” he said. “We don’t seem to have a mechanism where local contractors and business people can hear about the work that’s being offered in order to respond to bids.”

The city is required by law to advertise these jobs. Local contractors refuse to do business with Paterson for its failure to pay them on time.

With the sidewalk construction, the total cost for the dog park is now at $230,860. Council members awarded a $193,000 contract to Edison-based V & K Construction Inc. to build the dog park in Feb. 2017. Funds for the project came from U.S. Department of Housing and Urban Development (HUD) Community Development Block Grants (CDBG). The $37,860 for the sidewalk is from the municipal coffers, said officials.

Council members approved the latest contract in a 5-2 vote. Jackson and McKoy voted against awarding the contract.

This report was updated at 9:09 a.m. with stats and comments from animal control officer John DeCando.