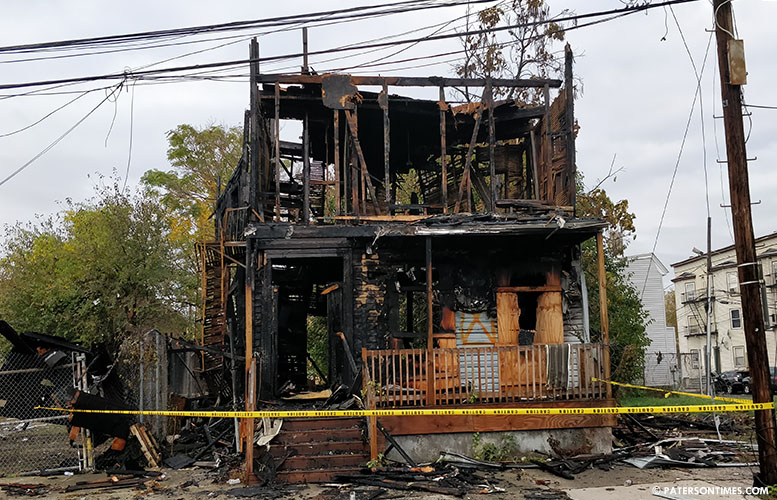 For the second time in six months, a vacant house on Paterson Street caught on fire early Wednesday morning, displacing four residents from a neighboring home.

Firefighters found the two-story vacant house at 52 Paterson Street fully engulfed in flames at about 12:37 a.m.

“Upon arrival, there was fire out of every floor, every window,” said deputy fire chief Frank Calamita. “We were able to knock it down quickly.”

There were no reported injuries, he said. Fire was contained at 2:37 a.m., said the deputy chief.

“This was a big fire. It’s squatters. That’s what started it. They take the boards down and go in,” said Donald Lynch, who lives on Paterson Street. This is the second time 52 Paterson Street caught on fire. It was previously damaged in a fire on May 12th, 2017.

Lynch said the city should have demolished the building in May. The city is looking to demolish the remains of 52 Paterson Street, said the deputy fire chief.

The abandoned house was used by out-of-town homeless people. In Feb. 2017, a homeless man from Mercer County was accused of a stabbing a man to death inside 52 Paterson Street, according to police.