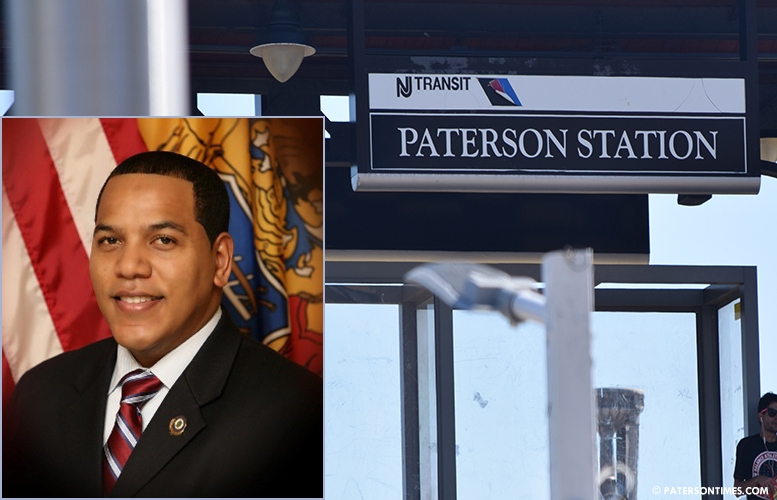 Judge Raymond Reddin dismissed the lawsuit opining Tavarez could not provide “sufficient facts” to demonstrate a dangerous condition existed at the downtown Paterson train station where he slipped and fell on a flight of stairs that had salt, debris, and cracked steps.

Tavarez slipped on one of the first five steps at the Paterson Train Station on March 25th, 2015 at about 7:30 a.m. while on his way to work. Tavarez “felt a pop” on his left ankle and fell to the ground on his side. He tried to get up, but could not. He called his wife, Marinelly Tavarez, who assisted him to get up.

She took him to St. Joseph’s Regional Medical Center. He was admitted on Mar. 25, operated on the next day, and discharged on the third day. He had a nontraumatic rupture of Achilles tendon, according to court documents.

As a result, the former 5th Ward councilman, suffered a “permanent injury and permanent loss of function,” according to his lawsuit. He “can no longer do such activities as practicing martial arts since the injury,” states his lawsuit.

Reddin’s opinion states Tavarez is suggesting a municipality “completely remove all snow and ice in effect ‘broom sweep’ all traveled portions of the streets, driveways and sidewalks where natural snowfall has been distributed by any removal of street snow.”

The judge wrote such a requirement is “not only impractical but also well-neigh impossible” to fulfill.

This is the second lawsuit Tavarez filed in 2016. He sued the city and some of his colleagues for taking a vote of no confidence against him in 2015. This case is going to trial next week.

Tavarez served two terms as councilman of the 5th Ward. He decided against running for a third term in 2016.